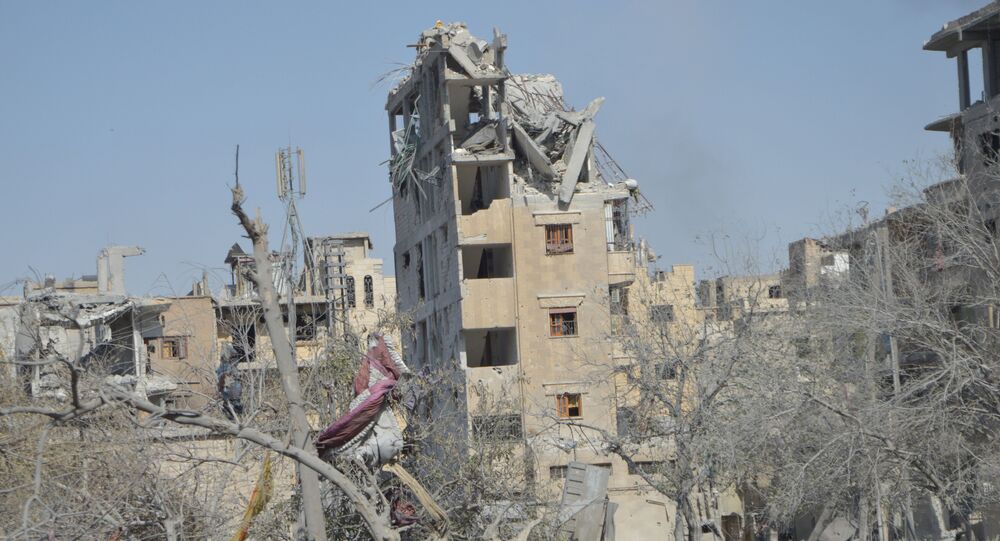 Methods employed by US-backed Kurdish militias occupying Syria’s northeastern territories have reportedly caused locals to rise up against them and demand their expulsion from the region.

Residents of the village of al-Jarniyeh located in Syria’s Western Raqqa took to the streets to protest against “forced recruitment and brutal measures” employed by Kurdish militias controlling the area, Fars news agency reports.

The protesters allegedly called for the Kurdish forces to complete their withdrawal from the area.

© AP Photo / Gabriel Chaim
Hundreds of Raqqa Residents Demand US Troop Withdrawal - Report
According to local sources cited by Fars, civilian residents of Central Raqqa were earlier attacked by Kurdish militants after the former staged a protest against the US military presence in the region, with at least seven protesters being arrested during the commotion.

Also, a number of Kurdish officials and military commanders were reportedly killed in Raqqa amid what the news agency described as an “intensified popular uprising,” while at least one Kurdish militant was murdered by unknown assailants in Hasakah province.

The city of Raqqa, which was previously used by Daesh* terrorists as the capital of their so-called "caliphate," was liberated in October 2017 by Kurdish Syrian Democratic Forces after a massive air bombing campaign conducted by a US-led coalition, which obliterated entire city blocks in the process.

According to UN investigators, the airstrikes conducted during the campaign for the liberation of Raqqa resulted in numerous civilian casualties.

Damascus at present considers the city to be occupied by US forces, as they are not operating in Syria under a UN mandate or official invitation, unlike Russia.