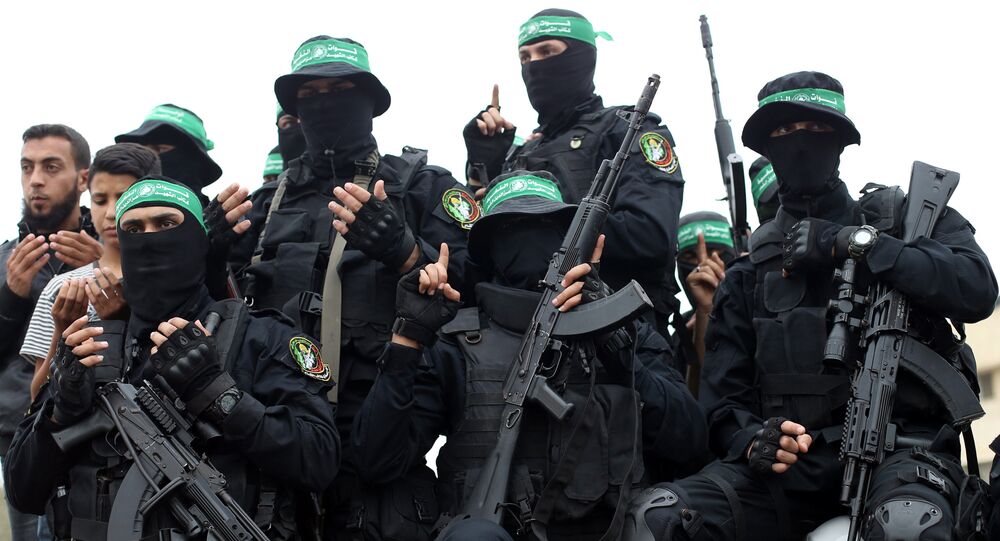 The militant group Hamas has sent indirect messages to Israel saying that it is ready to rein in the violent protests in Gaza which have already killed more than 50 Palestinians.

Tel Aviv has warned that the Israeli Defense Forces will target senior officials of the Palestinian militant group Hamas in the Gaza Strip if cross-border protests show no signs of abating.

Hamas, for its part, has conveyed indirect messages to Israel hinting that it can tone down the massive Gaza protests which are expected to be further galvanized on Tuesday.

The developments came after at least 59 Palestinians were killed and more than 2,700 others injured in clashes with the Israeli forces in Gaza on Monday after the opening of the US Embassy in Jerusalem.

© REUTERS / Ibraheem Abu Mustafa
World Reacts as US Opens Embassy in Jerusalem Amid Mass Deadly Clashes on Gaza Border
Israeli Prime Minister Benjamin Netanyahu said that the country's army and police have been put on high alert after the Gaza protests and ahead of the commemoration by Palestinians of the 70th anniversary of Nakba Day, an annual event marking the Palestinian exodus of 1948.

Since March 30, Palestinians have been holding mass rallies near the Gaza Strip border, known as the Great March of Return.

The protesters claim the right of return for Palestinians displaced during the war after Israel's creation in 1948. Jerusalem remains the main bone of contention in the Israeli-Palestinian conflict as both sides claim the city as their capital.