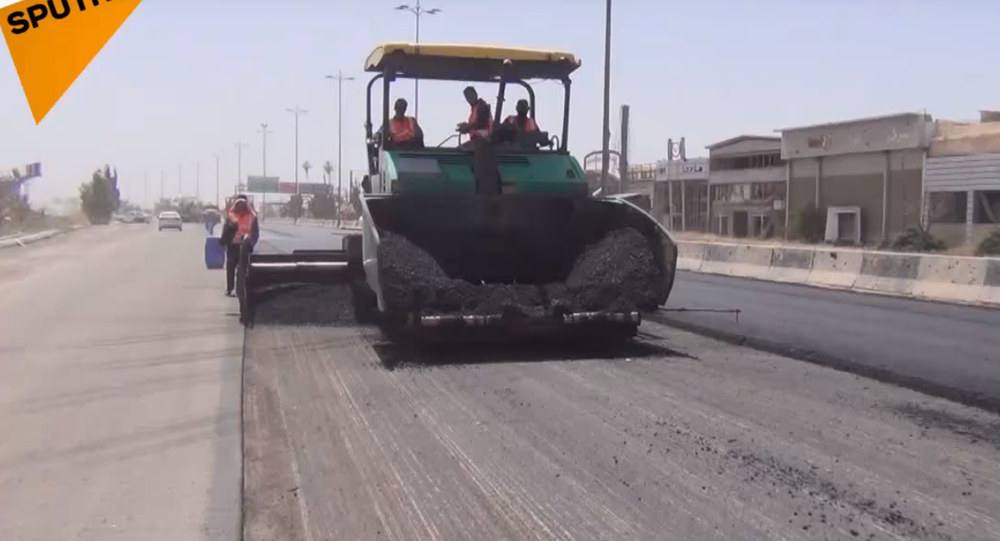 The strategic multilane artery, part of which was only recently liberated from the terrorists, will officially open Tuesday after the completion of repair work including fresh asphalt.

Video footage of vehicles driving along part of the freshly repaired Harasta highway northeast of Damascus has appeared on Facebook. The strategic road, heavily damaged in clashes with militants who occupied the area since 2013, is a key artery in the M5 highway linking Damascus to Aleppo, and Jordan to the south.

The stretch of highway was completely closed by the militants, who captured most of the surrounding settlements and indiscriminately attacked passing vehicles and Syrian army checkpoints.

The government began roadwork to repair the highway this spring, after the militants' ouster from the Damascus countryside and retreat north.

The seven year war in Syria has been devastating to the national economy. Last week, Syrian President Bashar Assad estimated that reconstruction would cost up to $400 billion. Earlier, the leader said it would take 10-15 years for Syria's infrastructure to be restored.

Syria has been in a state of foreign-sponsored civil war sponsored since 2011, with the government and its allies fighting a motley collection of militants, most of them affiliated with radical Islamism. Over 7 million Syrians are internally displaced, with 13 million in need of humanitarian assistance.