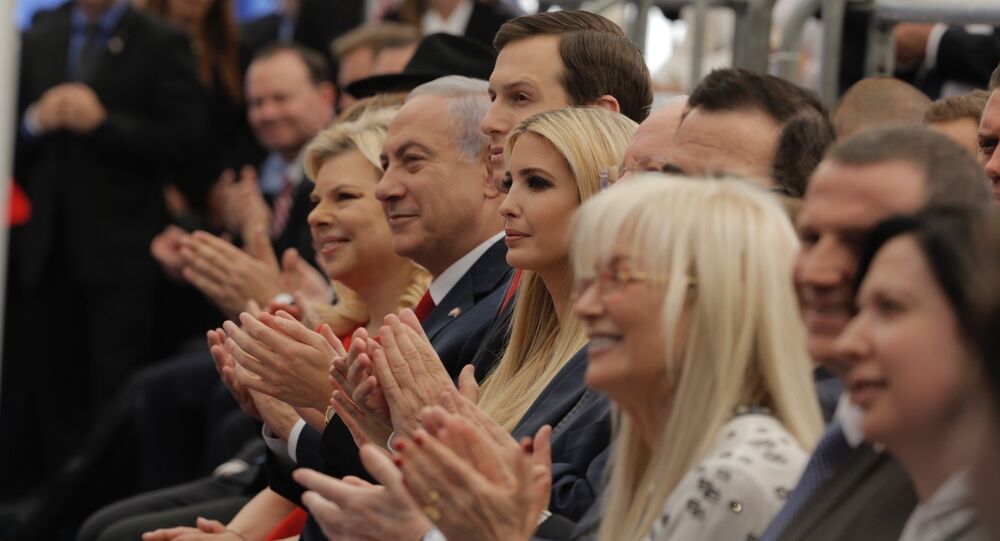 LONDON (Sputnik) - The celebration of the opening of the US Embassy in Jerusalem in "defiance of international law" marks a "dark day for peace," Palestinian Ambassador to the United Kingdom Dr. Manuel Hassassian told Sputnik on Monday.

"Today is a dark day for peace and a dark day for the Palestinians. On the eve of the 70th anniversary of the forced expulsion of the Palestinians and the destruction of their society, in what we name the Nakba, the United States is moving its embassy from Tel Aviv to Jerusalem in defiance of international law and UN resolutions," Hassassian said.

The ambassador stated that the Palestinian Authority (PA) had broken off all contacts with the current US administration over its clear support for Israel.

"The PA will have to face the new realities with resilience and pragmatism," the ambassador said.

The US Embassy opened in Jerusalem amid Palestinians' ongoing protests on the border of the Gaza Strip. At least 37 protesters have been killed by the Israeli Defense Forces (IDF), according to Gaza's Health Ministry.

The opening of the US Embassy was timed to coincide with the anniversary of the declaration of the state of Israel, made on May 14, 1948. Palestinians observe Nakba Day, the Day of the Catastrophe, on May 15, to commemorate the people who had to leave their homes shortly before and after the establishment of the state of Israel.

"Israel celebrates its 70th birthday by shooting unarmed protesters on the Gaza border. Israel began nationhood by massacring and terrorizing the Palestinian people in an operation of ethnic cleansing which resulted in 750,000 Palestinians becoming refugees overnight. Today, at 70 Israel continues to kill and terrorize. It has nothing to be proud of nor [anything to] celebrate," Hassassian told Sputnik.

Both Israel and Palestine claim Jerusalem as their capital. For decades, the two countries have been locked in an acrimonious territorial dispute, which turned into a full-fledged military conflict several times.