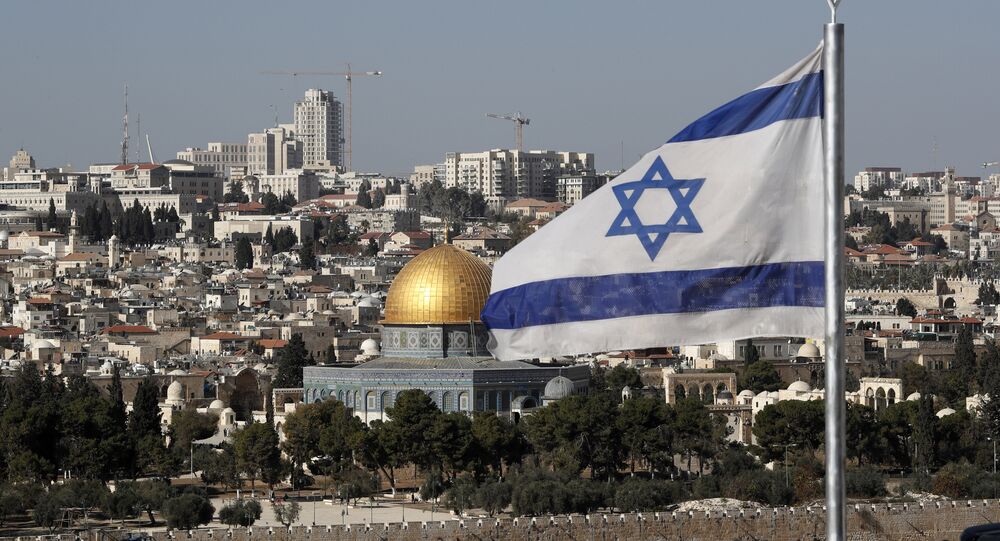 JERUSALEM (Sputnik) - The absence of Russia's intention to move its embassy from Tel Aviv to Jerusalem, just like the United States did, is "strange," as Russia was one of the first countries to recognize West Jerusalem as the capital of the Jewish state, Israeli Foreign Ministry spokesman Emmanuel Nahshon told Sputnik.

The Russian Foreign Ministry has repeatedly said that the question of moving the Russian embassy to Jerusalem is not on the agenda.

Nahshon declined to provide the names of the countries in question citing "the sensitivity of the subject," and considerable international pressure on them.

He also expressed hope that many more countries will move their embassies to Jerusalem by the end of 2018.

© REUTERS / Ammar Awad
Treating Jerusalem as Israeli Capital is 'Recognition of Reality' – Israeli-Based Lawyer
The new US embassy opened in Jerusalem earlier on May 14 amid ongoing protests by Palestinians on the border of the Gaza Strip as well as elsewhere in the region. The event was timed to coincide with the anniversary of the Independence declaration of the state of Israel, made on May 14, 1948.

Commenting on the opening of the US embassy in Jerusalem, Russia's Acting Foreign Minister Sergey Lavrov said that Moscow felt negative about Washington's decision. The minister added that Moscow stood for compliance with all agreements on the status of Jerusalem, rejecting unilateral revision of relevant international resolutions.

In December, Alexander Shein, the Russian ambassador to Israel, said that Moscow viewed East Jerusalem as the capital of the future Palestinian state, and considered West Jerusalem as the capital of Israel. He also stressed that the possible move of the Russian Embassy from Tel Aviv to Jerusalem could not occur until the final agreement between the Palestinians and Israelis was reached.

Treating Jerusalem as Israeli Capital is 'Recognition of Reality' – Lawyer