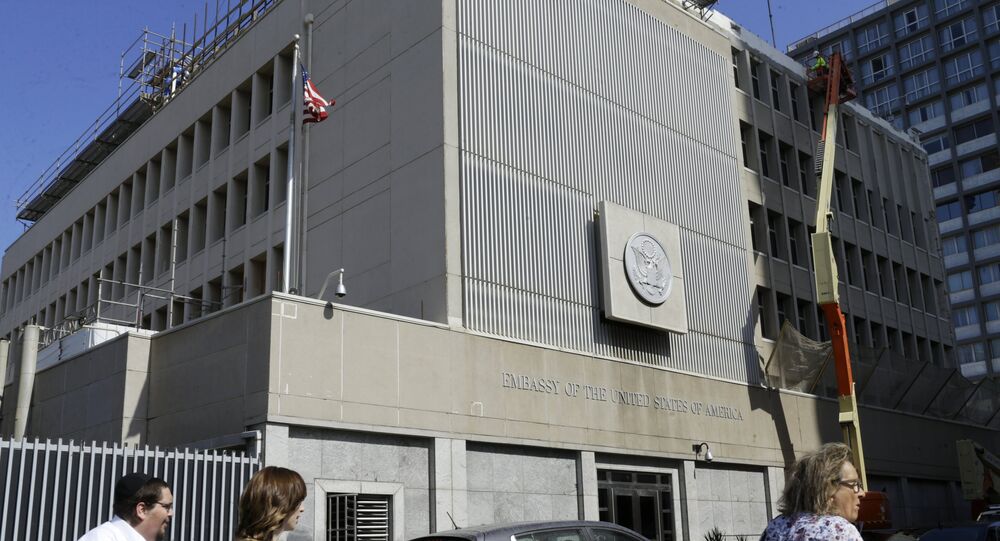 Up to 700 guests are attending the opening ceremony in Jerusalem, including US President Donald Trump's daughter Ivanka, his adviser and son-in-law Jared Kushner and Treasury Secretary Steve Mnuchin. Meanwhile, Palestinian protests against the move that have been ongoing in Gaza and Jerusalem have turned violent with Israeli forces using live fire.

The US has declared its embassy in Jerusalem open during a ceremony that had kicked off on Monday at 4 p.m. local time months after the controversial US decision to relocate the embassy from Tel Aviv in December 2017.

During the ceremony, Israeli representative has hailed US President Donald Trump's move that had sparked mass protests in Muslim states back in December, as well as criticism in a number of states, backing the two-state solution to the Israeli-Palestinian crisis.

Separately, a representative of the Israeli Foreign Ministry told Sputnik that at least three states were going to transfer their embassies to Jerusalem, with the number expected to rise.

At the same time, violent rallies continue on the border with the Gaza Strip, with up to 15,000 Palestinians protesting against the relocation. So far, dozens of people were killed on Monday, with the death toll expected to further rise.

Since March 30, Palestinians have been holding the so-called Great March of Return near the Gaza Strip border. Jerusalem has been the biggest apple of discord in the Arab-Israeli conflict with both parties claiming the Holy City as their capital.