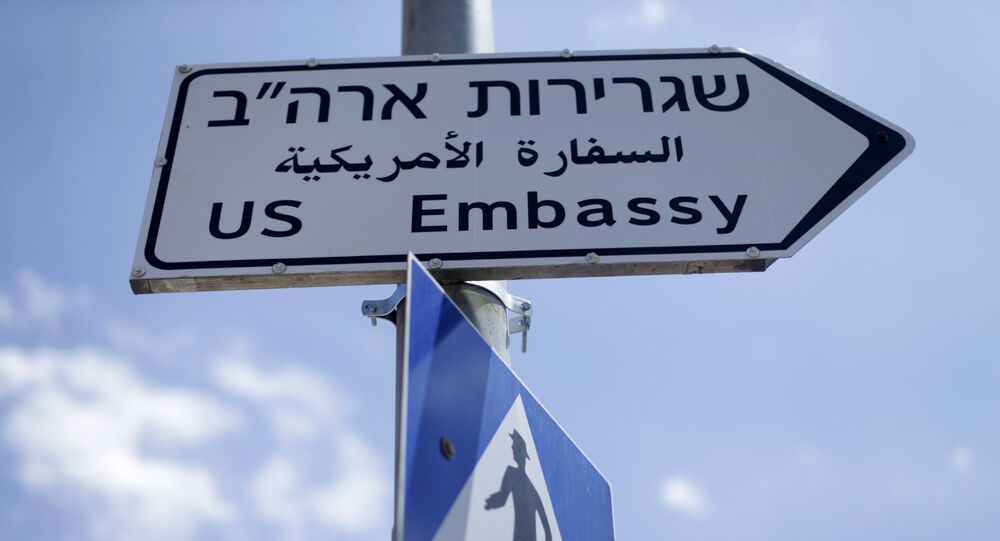 As the US prepares to open a new embassy to Israel in the holy city of Jerusalem, Palestinian groups - echoing observers around the world - have fiercely condemned the move by Washington.

"This is the most flagrant and hostile act by the United States against the Palestinians since the beginning of the [Israeli] occupation," Yasser Abd Rabbo, a member of the Palestine Liberation Organization (PLO) Executive Committee member and former minister of information, said, according to Gulf News.

Abd Rabbo is among those who negotiated the Oslo Accords, secret negotiations between Israel and Palestine that created the Palestine Authority and led to the recognition of the PLO by Tel Aviv as the representative of the Palestinian people.

Rabbo said that Arab nations can react to the move by implementing an 1980 Arab summit resolution in which 15 Muslim nations, including Saudi Arabia, call for all nations to cease trade and other cooperation with any country that moves its Israeli embassy to Jerusalem.

"Palestinians' options are limited, yet can be very effective if properly used," commented Khalil Shaheen, director of research and policies, and board member at Masarat, the Palestine Centre for Policy Research and Strategic Studies in Ramallah.

"The Palestinians can have a veto, which is no less important than the one the US exercises at the UN Security Council, on any political process Trump tries to launch — either between the Palestinians and Israelis or at a regional level," he noted.

"The Palestinians can ask for the International Court of Justice to provide an advisory opinion on the US announcement on occupied east Jerusalem, and how it violates international law and UN Security Council resolutions. In other words, the Palestinians can formulate their political moves and cause a permanent headache to the US, and show [how isolated the US is in its position]," Shaheen said.

However, he pointed out that Palestinian officials still want to return to the negotiating table with Israel and suggested that the latter position was "lame."

A road sign leading to the new U.S. Embassy in Jerusalem is seen ahead of Monday's official opening. https://t.co/BsG4Hm1SLn pic.twitter.com/6dFZOMWobT

According to Barghouti, by moving the US embassy to Israel to the city of Jerusalem, US President Donald Trump has stripped himself and his country of any chance of being a trustworthy and unbiased peace mediator between Israel and Palestine.

Before Trump, the US acknowledged that the status of Jerusalem must only be negotiated by the two nations.

Following the US announcement, the UN General Assembly voted overwhelmingly against the move, declaring Trump's decision to recognise Jerusalem as Israel's capital "null and void."

​According to Palestinian news agency Wafa, Palestinian official Saeb Erekat called on foreign leaders to boycott the embassy opening, "lest they lend legitimacy to an illegal decision and to continuous Israeli policies of occupation, colonisation and annexation."

According to multiple reports, over half of invited dignitaries and diplomatic officials will boycott the Washington/Tel Aviv-sponsored event

The embassy will officially open Monday, May 14, marking the 70th anniversary of Israel's founding. On Tuesday, Palestinians will mark the Nakba, or "Catastrophe," commemorating over 700,000 Palestinians who fled or were expelled in the 1948 war surrounding the creation of the Israeli state.

PLO on Aid Cut: US 'Has No Compunction in Targeting the Innocent'