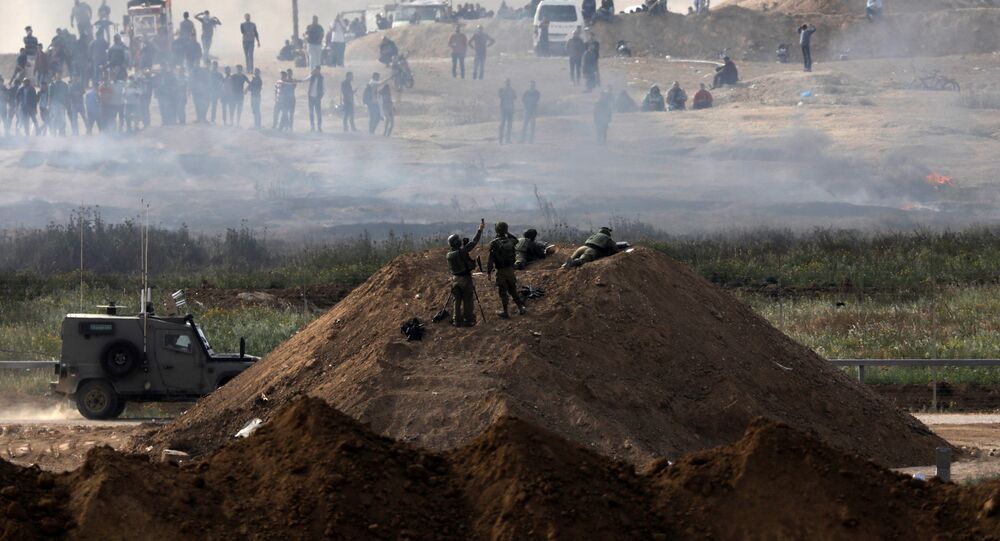 Israel is planning to close the Kerem Shalom border crossing with the Gaza Strip after being damaged, Reuters reported Saturday. The destruction is reportedly connected with border violence, which erupted amid numerous attempts by Palestinians to break through the security fence.

According to the Israeli military, the destruction is connected with border violence that erupted amid numerous attempts by Palestinians to break through the security fence.

"The crossing will remain closed until the damage caused by the riots is repaired and will reopen in accordance with a situation assessment," the Israeli military said in a statement.

As the military further specified, the Kerem Shalom terminal, used for goods transfer in and out of Gaza, will remain open only for humanitarian cases.

Later in the day, Israeli army spokesperson Jonathan Konricus stated during a briefing for foreign journalists that the IDF had destroyed another underground tunnel used by terrorists in Gaza.

The situation along the Israel-Gaza Strip border has been tense over the last several weeks, as Palestinians have been holding mass rallies along it since March 30. The demonstrators claim the right of return for Palestinians that were displaced during the war after Israel's creation in 1948.

The Israel Defense Forces have previously reported numerous attempts by Palestinians to break through the country's security fence amid the ongoing protests.