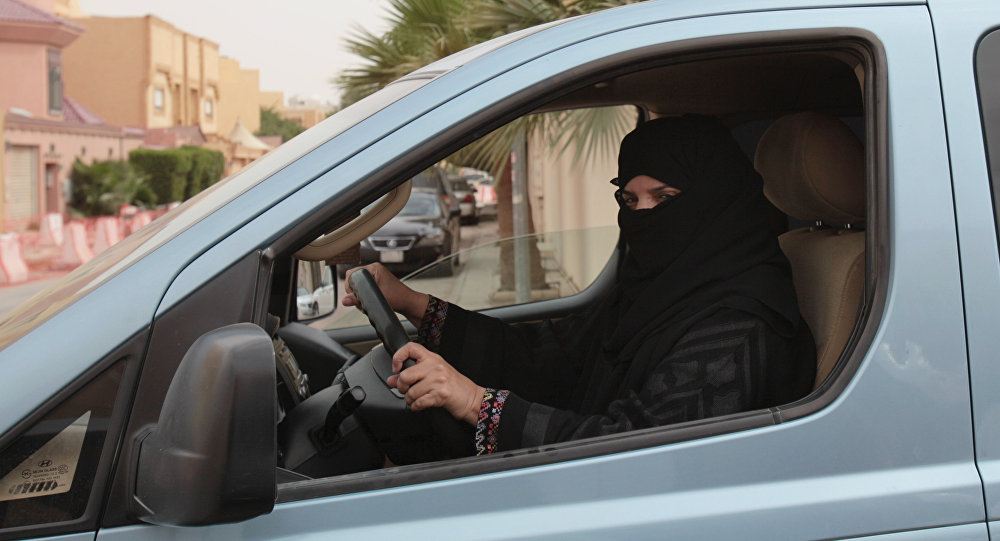 Extremely severe laws had been prohibiting women from driving until last year; however, standards for female drivers were elaborated only this May, according to the Saudi special force for road safety.

"My driver brothers, my driver sisters. Your commitment to traffic regulations protects your life and the lives of others," the signs read, Al-Arabiya reports.

The new signs, addressing both men and women, were installed on the threshold of the historic legal reform, as Saudi women will be allowed to start driving in the Kingdom from June 24.

Last year, King Salman bin Abdulaziz Al Saud signed a decree that would allow women to drive cars. For more than 25 years, Saudi laws were very conservative on the issue. However, female activists were petitioning the King and got behind the wheel even under threat of severe punishment.

For the first time in Saudi Arabia a caution sign for both male and female drivers 👍 pic.twitter.com/cAcNATkAKi

​In the Kingdom, women are still legally subject to a male guardian, usually their husband or father, who must give approval to their choices in education, employment, marriage and medical treatment.