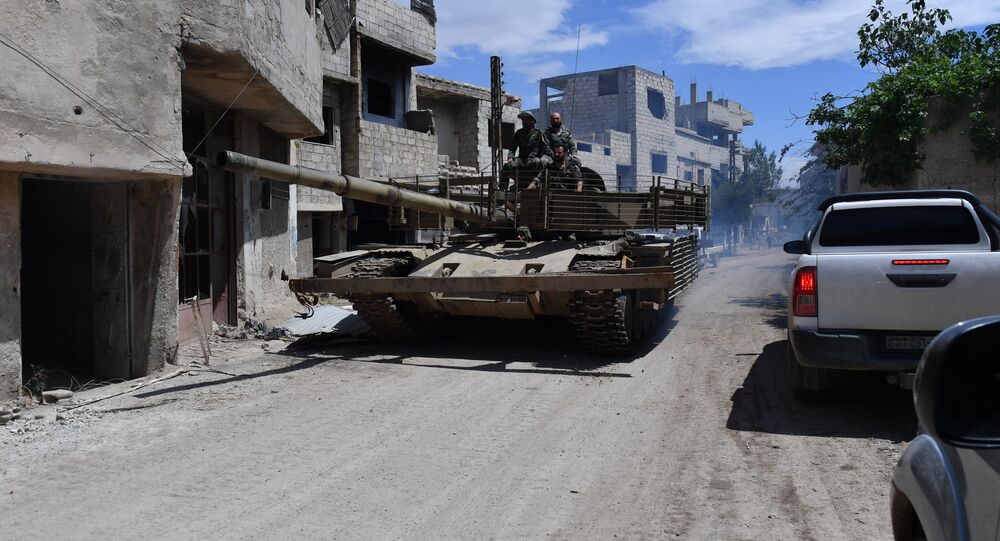 DAMASCUS (Sputnik) - All militants and their families have finally left southern areas of the Syrian capital of Damascus, including the Yarmouk refugee camp.

The withdrawal lasted for eight days and took place under the agreement with the Russian center for Syrian reconciliation. More than 3,200 militants and over 5,000 members of their families left the area.

A small part in southern Damascus is still controlled by Daesh* amid the ongoing anti-terror crackdown by Syrian forces: currently, the government troops make their advance against last pockets of militants.

The army has already reduced the mortar fire on the city, as militants are no longer within range of many residential areas and districts housing governmental buildings.

The country has been in a state of civil war since 2011, with the government forces fighting against numerous opposition groups and terrorist organizations. After the terror defeat announced last year, the Syrian forces managed to gain control of almost the whole territory of the country.