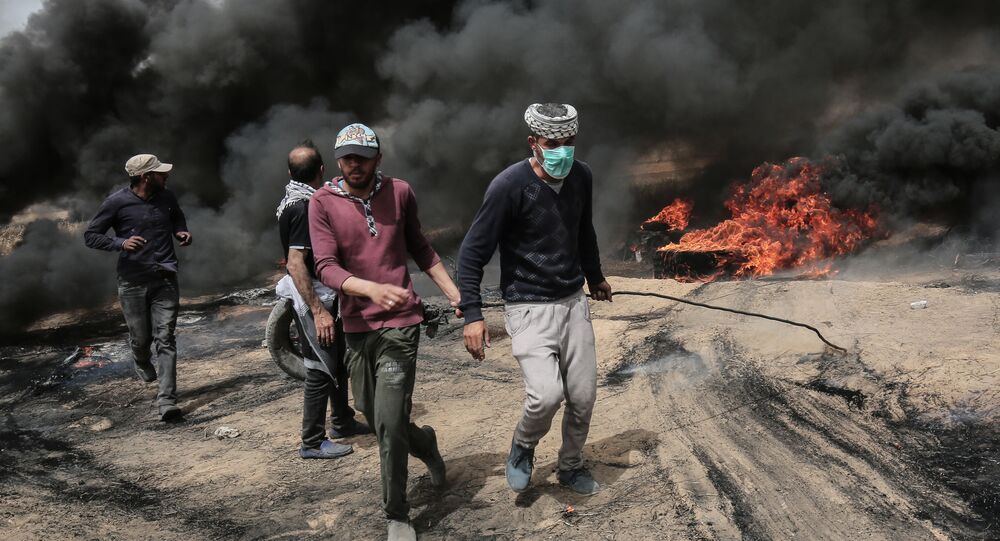 Motasem Ahmed Dalloul with the Middle East Monitor was hit in the abdomen by a live round east of Gaza City on Friday while covering a protest, the Committee to Protect Journalists said. Watchdog called for an immediate inquiry into the incident.

"Israeli authorities must investigate the shooting of Dalloul and take all measures to ensure that the media can safely cover protests," CPJ's Middle East and North Africa Program Coordinator Sherif Mansour said.

The use of force by the Israel Defense Force, including live fire, has taken a severe toll on Palestinian journalists, Mansour said.

© REUTERS / Amir Cohen
'Like a Tiger': Hamas Leader Vows Strong Protests at Gaza Rally
The watchdog has documented at least 15 journalists shot by Israeli soldiers since protests began at the Gazan border in late March. Two of them died of their injuries.

On Friday, the international aid organization Save the Children said in a statement that more than 250 children have been shot with live bullets since the end of March in the Gaza Strip following the escalation of protests in the area.

Since March 30, Palestinians have been holding mass rallies near the Gaza Strip border, known as the Great March of Return. The demonstrators claim the right of return for Palestinians displaced during the war after Israel's creation in 1948.