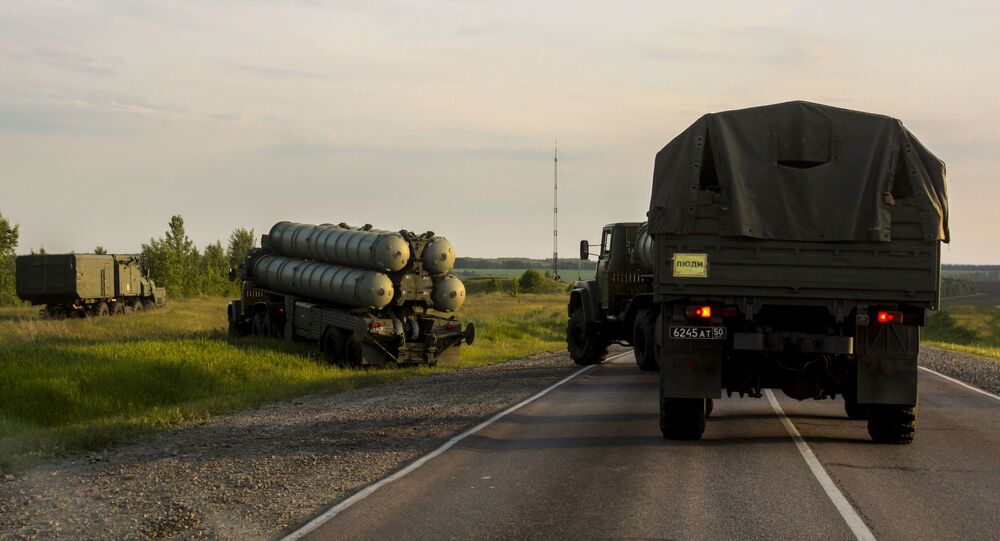 TEL AVIV (Sputnik) - Israeli Intelligence Minister Yisrael Katz has told Sputnik that he considers Russian Presidential Aide Vladimir Kozhin's remark that there were no negotiations on the supply of S-300 surface-to-air missile systems to Syria to be a demonstration of Moscow's respect toward Tel Aviv.

"I see here another manifestation of mutual respect, which our countries have toward each other, and also adherence to the principle of accounting for [the partner’s] interests," Israeli Intelligence Minister Yisrael Katz said.

Israel opposes the S-300 missile systems in Syria, as it wants to be able to operate in Syrian airspace to counteract Iran, explaining that Tehran's activity in Syria endangers Israel's security.

"Iran’s presence in Syria poses threats to Israel and is a source of instability both in Syria and in the Middle East. The solution to this problem would be driving Iran out of Syria and restoring stability in the region … Israel will continue its activity aimed at ensuring its security and preventing Iranian presence in Syria," Katz said.

Earlier in the day, the Izvestia newspaper published an interview with Kozhin in which he said that the issue of Russia supplying S-300s to Syria was not yet on the agenda, since Damascus "has everything it needs."

Kremlin spokesman Dmitry Peskov refused to comment on Kozhin's remarks, emphasizing that it would be wrong to connect those statements with Israeli Prime Minister Benjamin Netanyahu's visit to Moscow.

© Sputnik / Russian Defence Ministry
Russian Arms Exporter to Supply S-300 to Syria If Russian Gov't Permits
In 2010, Syria and Russia negotiated the S-300 supply, but the deal was ended, reportedly at Israel's request, which feared that the Russian-made missile systems in Syria would limit Tel Aviv’s defense capacity.

The issue of possibly resuming Russia-Syria negotiations on the S-300 deliveries arose in April 2018, when Russian Foreign Minister Sergey Lavrov said that Moscow was no longer bound by a moral duty not to supply Damascus with S-300 systems following Western strikes on Syria on April 14, which came as a response to the alleged chemical attack in the city of Douma, located in Eastern Ghouta.