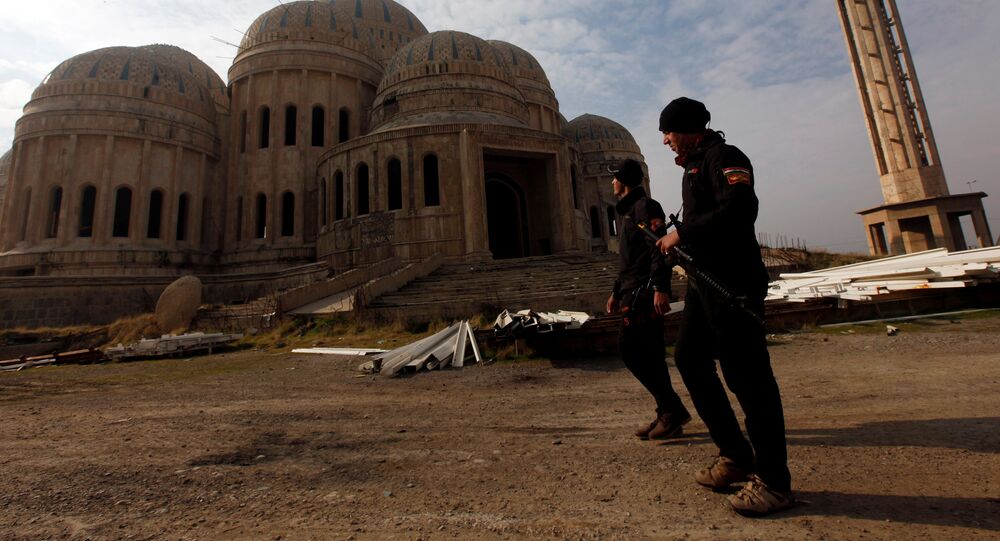 CAIRO (Sputnik) - The information center of the Iraqi security forces on Friday disclosed the identities of five leaders of the Daesh* terrorist group, whose arrest in Syria was announced by US President Donald Trump on Thursday.

Arrested are Saddam Jamal, who was responsible for the security in the so-called vilayet (district) of Euphrates, field commander Mohammed Hussein Hodar, the head of special forces of the Fath group Issam Abdelkader Zobai, intelligence chief in vilayet of Euphrates Omar Shakhab Karbuli and Ismail Alaun Isavi, an aide to Daesh head Aby Bakr Baghdadi.

© REUTERS / Thaier al-Sudani
Daesh Reportedly Claims Assassination of Iraqi Election Candidate
The five terrorist leaders participated in attacks in the Iraqi province of Anbar and the city of Mosul.

The operation to detain terrorists was held on the territory of Syria, near the border with Iraq. As a result of the questioning, the detailed intelligence was received, which was then used to direct strikes on the terrorist organization. In particular, the Iraqi Air Force was able to strike the Daesh "military committee," killing over 40 terrorist leaders as a result.

US President Donald Trump's Special Envoy for the Global Coalition to Defeat Daesh Brett McGurk said Thursday that the capture of five terrorist leaders had been coordinated with the Syrian Democratic Forces militia.

The disclosure comes after US President Donald Trump announced the day before on his Twitter account, that five of the most dangerous Daesh leaders had been captured; the US president, however, didn't provide any further details on the issue.