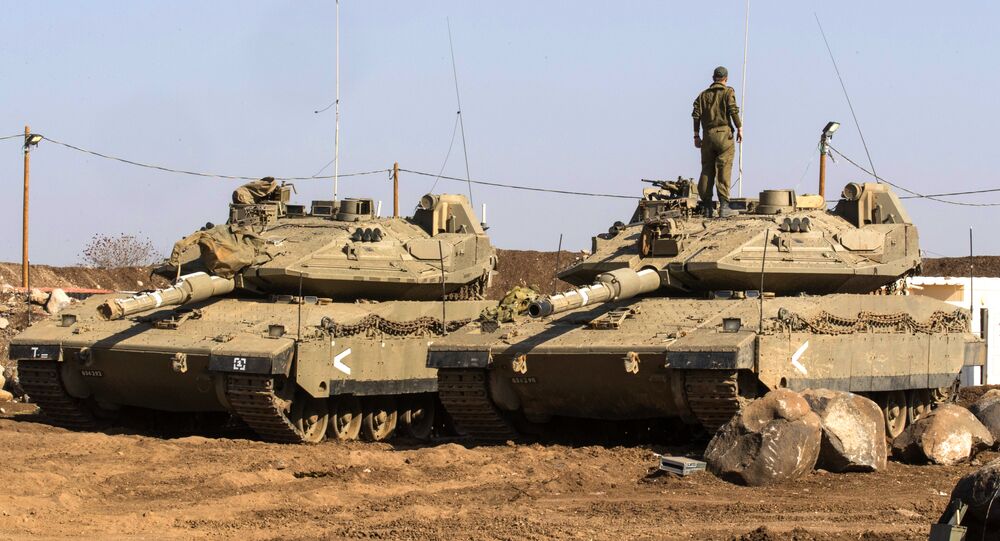 MOSCOW (Sputnik) - Syria will counter all the attacks by the Israeli forces on its sovereign territory and will not hesitate to strike Israeli military targets as it has a right for self-defense, Syrian Ambassador to China Imad Moustapha told Sputnik on Friday in light of recent air strikes by the Israelis in Syria.

Early on Thursday, the Israeli Air Force hit dozens of what it called Iranian military targets in Syria after the Iranian forces allegedly fired 20 rockets at positions of the Israeli Defense Forces in Golan Heights. Israel added that the aircraft also targeted Syrian anti-aircraft batteries that fired at them during the overnight raid.

"Syria will continue to strengthen its air defenses, attempt to interject and down every missile fired by Israel, and target any Israeli air force asset that infringes on Syrian national airspace. Also, it will not hesitate to launch its own retaliatory attacks onto Israeli military positions in accordance with its undisputed right of self-defense and holding the aggressor accountable," Moustapha said.

© REUTERS / Omar Sanadiki
IDF Post Images of Reported Iranian Infrastructure Hit in Syria
The diplomat denied Israel's statements that the attacks were not directed against the armed forces of Syria.
"Israel’s claim that it had targeted Iranian assets in Syria has no substance. The Israeli claim was made to portray its attacks on Syria as an attempt to contain Iran, thus winning the approval of the US and the Saudis," Moustapha explained.

READ MORE: The US/Israeli War with Iran Has Begun: It's Starting in Syria

Israeli Prime Minister Benjamin Netanyahu said on Thursday that the recent military activities of his country against targets in Syria were not directed against the armed forces of Syria and hit them only because they had attacked the Israeli aircraft.