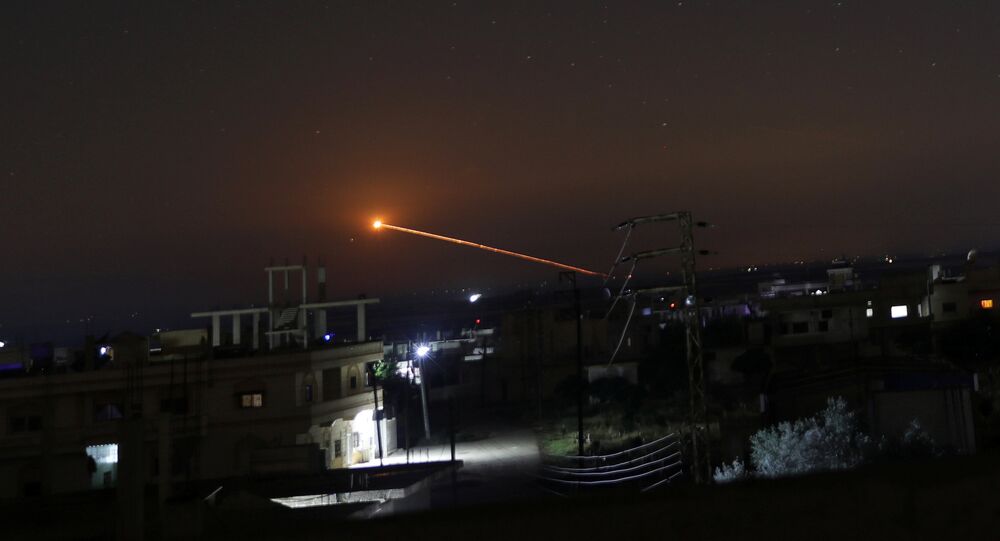 Tensions have been brewing between Israel and Iran in the wake of the IDF's attacks on alleged Iranian infrastructure in Syria after the Golan Heights was subjected to an attack from Syrian territory.

On Friday Iran's Foreign Ministry spokesman Bahram Qasemi blasted the international community for its stance regarding Israel's anti-Syria strikes, saying Damascus has the right to self-defense.

The new spike in tensions occurred after overnight on Thursday the Israeli Air Force struck dozens of Iranian targets in Syria in response to Iranian forces allegedly launching 20 rockets at the IDF positions. Israeli jets also targeted Syrian anti-aircraft batteries that fired at them during the overnight raid, according to Tel Aviv.

© AP Photo / Pablo Martinez Monsivais
Israel Using ‘Planned Provocations’ to ‘Get the US into a War With Iran’
Assessing the attacks, the Russian Defense Ministry said that a total of 28 Israeli jets took part in the operation. Over 60 missiles, were launched, with over the half of them being downed by Syrian air defenses.

On Thursday Israeli Prime Minister Benjamin Netanyahu said in a comment on the attack that IDF's strikes were justified as Iran had "crossed the red line" by attacking Israel. At the same time, Abolfazl Hassan Beigi, a member of Iranian parliament's commission on security and foreign policy, told Sputnik that  Iran does not have any military facilities in Syria and was not involved in Wednesday's attack against Israel.

The EU including Germany and the UK warned against the escalation following the attacks.

Israel-Iran ties have been tense over Tehran's nuclear program and support for the Syrian government in the years-long civil war. Israeli officials have said Israel would not allow Iran to turn Syria into its military foothold.

Any New Sanctions Against Iran to Violate UNSC Resolution 2231 - Rouhani