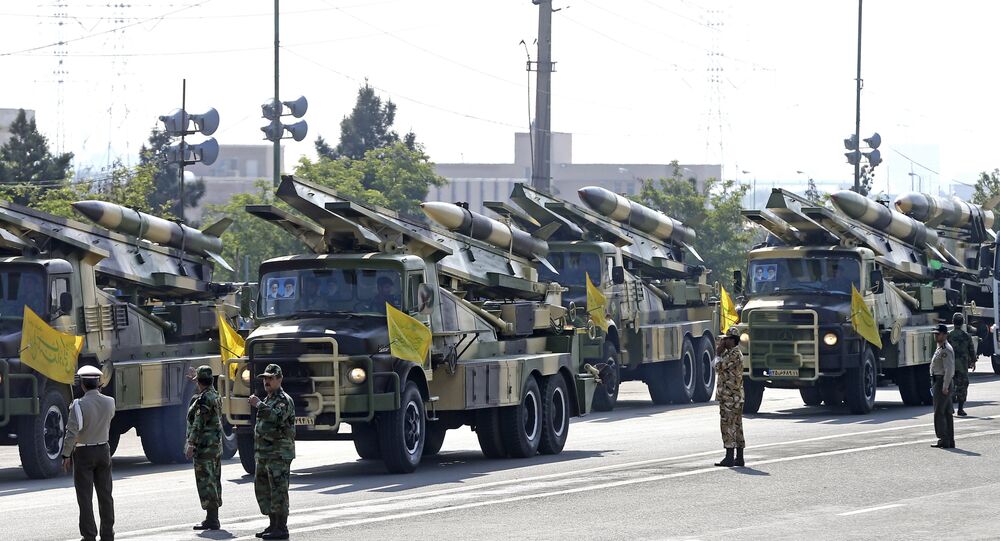 Jordan’s Foreign Minister, Ayman al-Safadi, spoke in Germany just a day prior to US President Donald Trump withdrawing from the Iran nuclear deal, cautioning that it could create an arms race in the region.

Safadi was meeting with leaders from German Chancellor Angela Merkel's "grand coalition" government in Germany before he made the remarks. "If we do not look at the political picture and… find a way to ensure that the whole region is free of [nuclear weapons], we'll be looking at a lot of dangerous repercussions that will affect the region in terms of an arms race," he told reporters.

"We all need to work together in making sure that we solve the conflicts of the region… and strive for a Middle East that is free of all weapons of mass destruction," Safadi said.

In Trump's televised announcement Tuesday that the US would be breaking its commitment to the Iran deal, he contradicted the foreign minister's analysis, saying, "If I allowed this deal to stand, there would soon be a nuclear arms race in the Middle East. Everyone would want their weapons ready by the time Iran had theirs."

The discord between the two official's statements can be attributed to disagreements over whether Iran was actually violating the Joint Comprehensive Plan of Action (JCPOA), colloquially called the ‘Iran nuclear deal.' Trump cited Israeli intelligence highlighted by Israeli Prime Minister Benjamin Netanyahu just a week before the deadline to extend or renege on the agreement, saying the US had "definitive proof that this Iranian promise was a lie."

Both Merkel and her French counterpart, Emmanuel Macron, traveled to the US in the weeks before Trump's announcement to urge him to keep the deal intact in order to salvage their trading prospects with Iran. European countries could end up sanctioned by the US should they pursue economic relations with Iran now that the US is leaving the deal, which had relieved sanctions on Tehran.

The UN's International Atomic Energy Agency — tasked with certifying Iran's compliance with the deal — said in their 2015 Final Assessment on the issue that they "had no credible indications of activities in Iran relevant to the development of a nuclear explosive device after 2009." The agency reiterated the claim on May 1.

Israel and Saudi Arabia, key US allies and foes of Iran in the region, have both welcomed Trump's cancellation of the deal. Israel maintains a nuclear arsenal of around 200 weapons of mass destruction, according to a September 2017 leaked email from former US Secretary of State Colin Powell and is believed to be the only country in the Middle East with them. Saudi Arabia has none, but in March, Crown Prince Mohammed bin Salman told CBS News that they'd develop them "without a doubt" if Iran did.

Iranian President Hassan Rouhani vowed to be ready to restart industrial nuclear enrichment without restriction in case they feel it is needed following negotiations with other parties to the agreement within an hour of Trump's announcement. The signatories to the Iran nuclear deal are France, Germany, the UK, China, Russia, the United States and Iran.