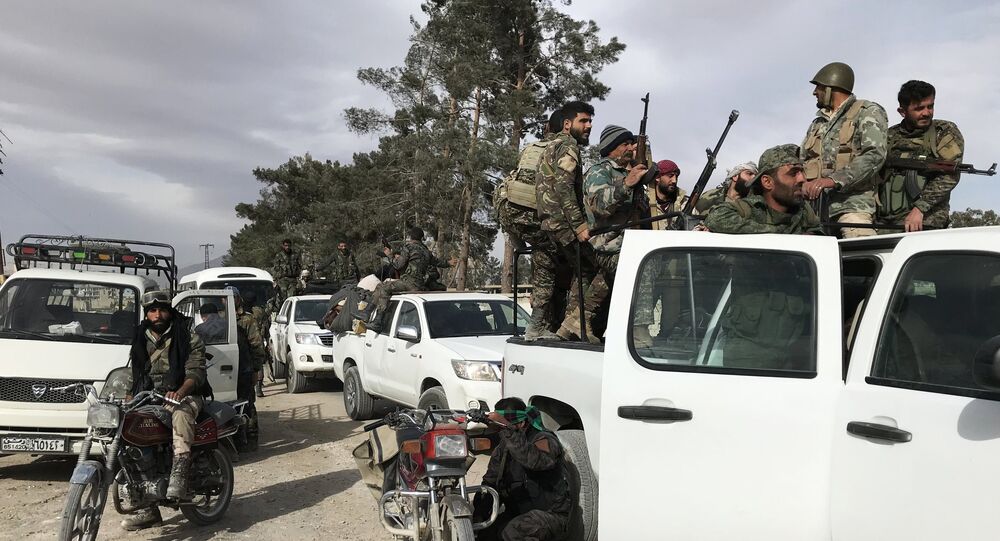 Troops from the Syrian Army and the wider coalition of government forces liberated the East Ghouta region of Damascus from terrorists several weeks ago, via operation Damascus Steel, but they are continuing to find weapons caches and other facilities used by the militants during their multi-year occupation of the area.

Government soldiers discovered a large cache of weapons in the Damascus suburb of Jobar on Tuesday, according to Iran’s Fars news agency.

The weapons find – which includes a number of RPGs, mortar shells, improvised explosives and automatic firearms – were found underneath a building and are believed to have belonged to the Faylaq al-Rahman terrorist group, which had a large presence in the East Ghouta area before they were ousted from eastern parts of the capital by the Syrian Army.

© REUTERS / Abdalrhman Ismail
Another Group of Militants Preparing to Leave Southern Damascus for Syria's North - Source
A network of tunnels and other underground facilities were discovered in the southern Damascus neighborhood of Hajar al-Aswad, which were used to smuggle weapons throughout *Daesh-held territory in the capital.

Government troops are continuing to advance in the final militant-held parts of Damascus. The gains they’ve achieved so far have already reduced the intensity of mortar fire on the city, as militants are no longer within range of many residential areas and districts housing governmental buildings.