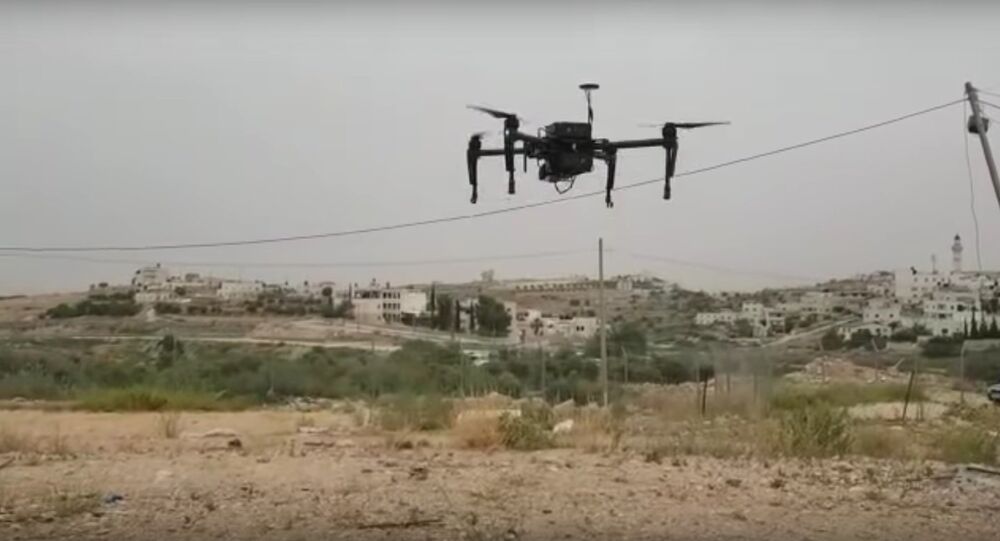 Efrat is the first Israeli settlement to adopt drone technology to help its civilian security team prevent terrorist attacks amid mass Palestinian protests continuing on the Israeli border in the Gaza Strip.

The drone, for which the International Fellowship of Christians and Jews donated $37,000, has night-vision cameras in order to quickly identify terrorists.

Efrat Council head Oded Revivi told the Jerusalem Post that the device would greatly enhance the security of the settlement, since earlier people had to look for infiltrators in the dark themselves, whereas now the drone can provide better information and help find possible terrorists.

© CC BY-SA 2.0 / U.S. Embassy Tel Aviv / DSC_0461
Iran Envoy to UN Slams 'Rogue' State of Israel Protected by US
"We are going to have this drone in our own yard in case we do have any other terrorists who want to come into Efrat. We will be able to raise the drone into the air, freeze the situation, get a good visual picture and direct the army and police forces to exactly where the terrorists are hiding," he pointed out as quoted by the media.

The drone’s acquisition was prompted by a stabbing attack on one of the settlement's residents in December 2016. According to the Efrat Council, the perpetrator was a Palestinian who infiltrated the settlement, which is not surrounded by a fence, though does have radars and security cameras. He was never detained.