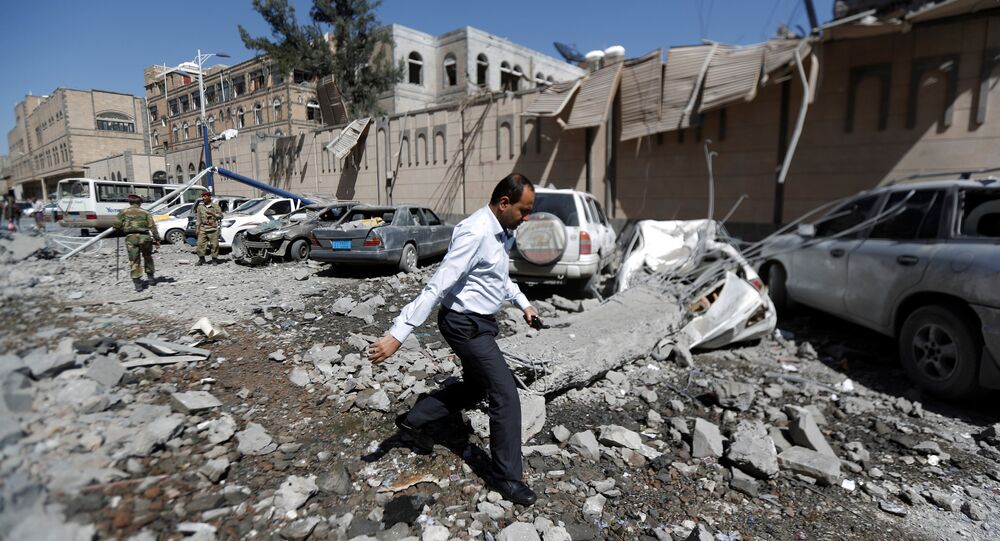 MOSCOW (Sputnik) - The Yemeni Houthi movement, also known as the Ansar Allah group, pledged Tuesday to respond to the airstrikes recently conducted by the Saudi-led coalition on the presidential office located in the capital of Sanaa, Abdulsalam Jabir, a representative of the movement, said.

"It is a crime and all crimes committed by the enemy coalition will not be left without a similarly scaled response from our people," Jabir said as quoted by the Yemen News Agency (SABA).

© CC BY 2.0 / U.S. Missile Defense Agency / GMD_2010_Dec_d
Saudi Defenses Intercept Two Missiles Fired From Yemen - Reports
On Monday, a source told Sputnik that the Saudi-led coalition had attacked the Yemeni presidential office in Sanaa while head of Yemen's Supreme Political Council Mahdi Mashat, who also happens to be one of Ansar Allah's leaders, was still in the building. The attack has claimed 15 lives and injured over 50 others.

In April, another coalition airstrike killed Saleh Sammad, the head of the Houthi Supreme Political Council. Following the strike, Yemeni forces vowed a "crushing response" to the US and the Saudi-led coalition for killing the official.

Yemen has been engulfed in an armed conflict between the government headed by Abd Rabbuh Mansur Hadi and the Houthis since 2015. The Saudi-led coalition of mostly Persian Gulf nations has been carrying out airstrikes against the Houthis at Hadi's request since March 2015.