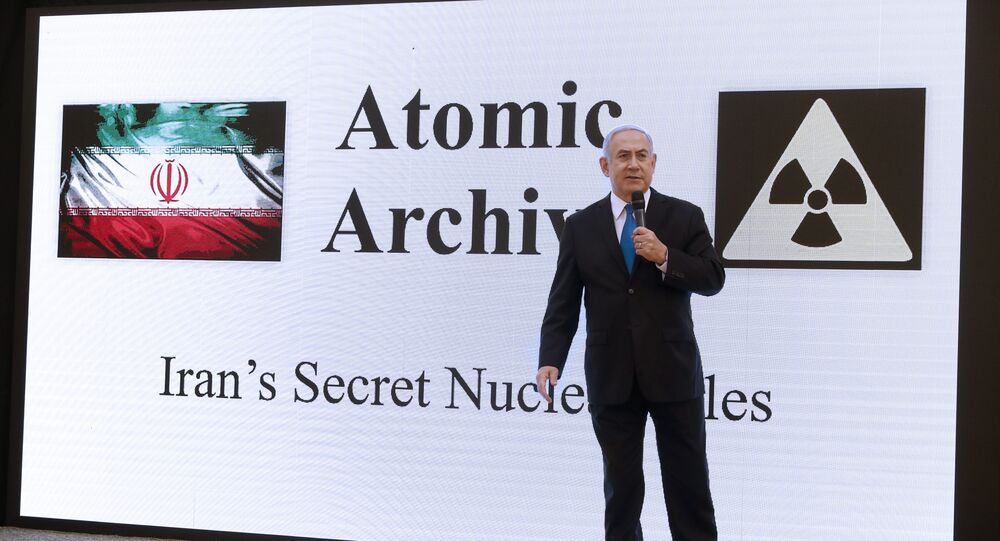 MOSCOW (Sputnik) - The Israeli opposition thinks that Prime Minister Benjamin Netanyahu should stop making publicized "empty" accusations against Iran and its nuclear program and instead calls for re-negotiations over the fate of the the Iran nuclear deal, Ksenia Svetlova, an opposition member of the Israeli parliament, told Sputnik on Monday.

"We believe there is no alternative to the Iran nuclear agreement, however, [we] see the need to renegotiate some of its terms. If some weaknesses can be fixed through a dialogue with Iran, we should focus on that. Israel is not a party to this agreement, but if we can provide our friends, both in Europe and in Russia, with objective information, then we should focus on that instead of making publicized empty statements that Iran is preparing a nuclear bomb," Svetlova said.

She underlined that the situation in the region was already complicated by Iran’s intensified attempts to gain a foothold in Syria in close proximity to the Israeli border.

The lawmaker also stressed that the Israeli opposition and some in the country's military intelligence feared that the United States pulling out of the deal would raise the specter of armed conflict in the region.

"Netanyahu is fixed on the idea of convincing Trump to pull out of the deal. Professionals in Israel, who are familiar with this issue, including in the opposition and people from the military intelligence, on a daily basis raise concerns over a possible withdrawal [from the Iran nuclear deal] of the United States stressing it may lead to increased military tension and the likelihood of military clashes in the region," she said.

The statement refers to Netanyahu's announcement made on Thursday, claiming that Israel had obtained 100,000 paper and digital documents, which, he said, irrefutably prove that Iran's nuclear program had a secret military component, codenamed "Project Amad." This declaration was made shortly before a May 12 deadline, when US President Donald Trump to decide whether or not Washington will remain a party to the nuclear agreement.

'Israel's Nuclear Weapons Have a Stabilizing Effect on the Region' - Scholar

'Israel is Lying, What They Bombed in 2007 Wasn't a Nuclear Facility' - Analyst