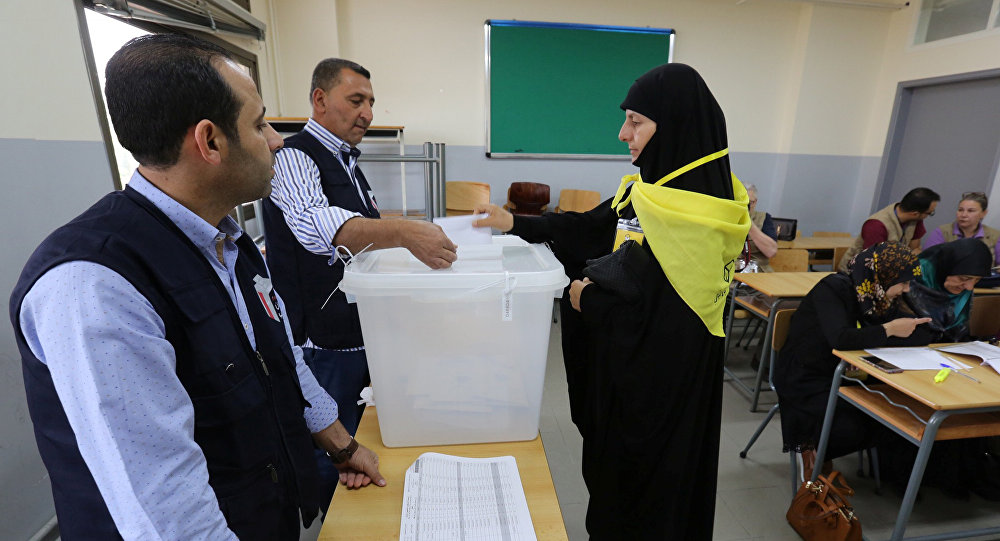 Lebanese citizens have cast their votes for the first time since 2009, as the current parliament had extended its term three times justifying it with the political instability in the country.

Voting in the Lebanese parliamentary election has come to an end except for the people already waiting inside the polling stations, Reuters reported.

As the agency specified, the queues have been so long that some people have urged for voting hours to be extended. While the voter turnout in some regions exceeded 50 percent, it remained below 50 percent in Beirut.

The vote count has begun and will be completed by midnight, with the preliminary results expected to be announced on Monday morning.

Over 3.6 million citizens over 21 years were included in the voting lists. Some 976 candidates have been tussling for 128 seats, including a record number of women — 111.

The country has increased security measures amid the vote, with forces of the Ministry of Internal Affairs and regular army units deployed to ensure safety at polling booths.