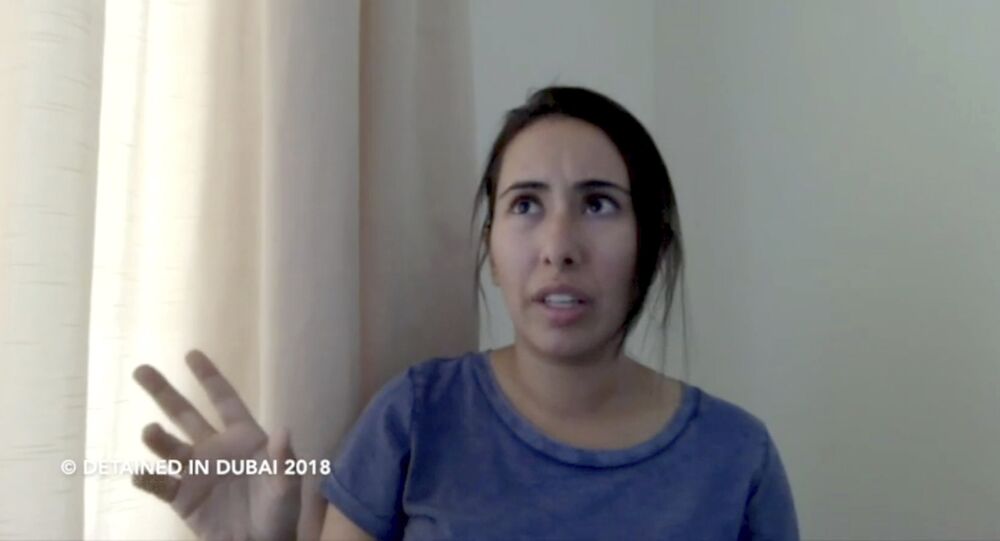 Human Rights Watch (HRW) has urged the United Arab Emirates (UAE) authorities to reveal the whereabouts of Sheikha Latifa, the daughter of the Dubai ruler, Sheikh Mohammed bin Rashid Al Maktoum, after the woman reportedly failed to flee the country.

According to HRW, the case of missing Sheikha Latifa, 32, could constitute "enforced disappearance."

"UAE authorities should immediately reveal the whereabouts of Sheikha Latifa, confirm her status and allow her contact with the outside world," Sarah Leah Whitson, the HRW's Middle East director, said in a statement on Saturday.

She added that in case the Dubai leader's daughter is detained, she should be given the rights all detainees deserve, such as being taken before an independent judge.

© AP Photo / Karel Prinsloo
Saudi Arabia, UAE Reportedly Recruit Mercenaries from African Countries
Earlier in March the princess announced she was fleeing the emirate because of mistreatment and restrictions imposed by her family. But on April 17, a source close to the Dubai government told HRW the runaway princess "was brought back" to the country.

A witness told HRW that authorities in the UAE had intercepted Sheikha Latifa on March 4, 2018 less than 80 kilometers off the coast of India as she tried to escape by ship to a third country. She was reportedly returned to the UAE and has not been seen or heard from since then.

The rights organization said it was seriously concerned about the woman's safety and well-being.

"Failure to disclose the whereabouts and status of the princess could qualify as an enforced disappearance, given the evidence suggesting that she was last seen as UAE authorities were detaining her," HRW said.

Latifa's cause has been taken up by the Britain-based campaign group Detained in Dubai, which is working to help victims of injustice in the UAE.

© CC0
4,000 UAE Citizens Applied to Become Country’s First Astronauts - Space Centre
Dubai has not commented publicly about Sheikha Latifa since The Associated Press reported in April on her disappearance.

The woman's father is also the United Arab Emirates' vice president and prime minister. Latifa is one of 30 children he has with six wives.

In her video Latifa claimed she had been prohibited from leaving the UAE since 2000. She said she was also not allowed to drive and had her movements monitored 24 hours a day. She wasn't allowed to keep her own passport and could not even go to another emirate without royal authorization.