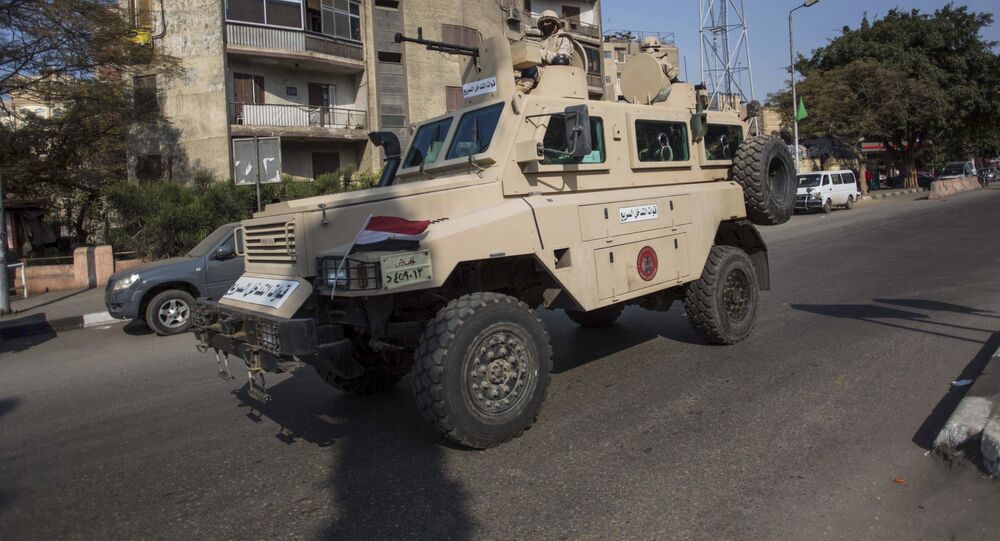 CAIRO (Sputnik) – Egypt does not plan on sending its troops to foreign countries, including Syria, the Egyptian Foreign Ministry said amid plans by Arab countries to deploy their forces in the country.

According to earlier reports from Al-Ahram newspaper, Egyptian Foreign Minister Sameh Shoukry said that Arab countries were considering the possibility of sending a joint military contingent to Syria to stabilize the situation in the war-torn country.

"The Egyptian foreign minister’s statement on the possibility of sending Arab forces to Syria was not about Egypt. Egypt is not sending its troops abroad," the ministry’s spokesperson said in a statement.

The spokesperson noted that Egyptian forces may be deployed abroad only if UN peacekeeping missions participate.

© AP Photo / Hussein Malla
US Military Reportedly Sends More Troops to Syria’s Manbij
Last month, The Wall Street Journal reported that the administration of US President Donald Trump sought to assemble an Arab force to replace the US military contingent in Syria. Saudi Arabia expressed its readiness to take part in the mission if it received an offer from the United States.

Earlier in April, US Secretary of Defense James Mattis had stated that the United States would not retreat its forces from Syria, but would expand operations there and "bring in more regional support."