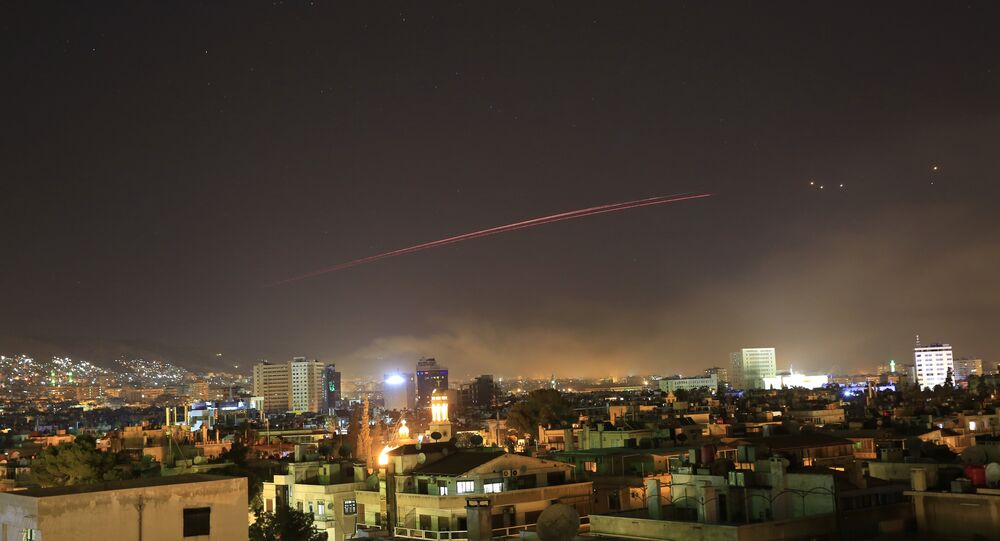 The latest joins a series of reports on the US’ alleged establishment of new military bases in Al-Hasakah, as well as in eastern Deir ez-Zor last month.

According to information received by Sputnik from sources in the Syrian Democratic Forces (SDF), the Arab coalition, led by Saudi Arabia, has agreed with some Arab countries to send military personnel to the north of Syria and east of the Euphrates.

The source reported that countries such as Egypt and Jordan are opposed to such a step.

Earlier, Mazlum Abdi, commander of the SDF, gave an interview to Arab media in which he stressed willingness to cooperate if Arab forces under the banner of the international coalition are deployed to Syria instead of US units.

© AP Photo / Hussein Malla
US Military Reportedly Sends More Troops to Syria’s Manbij
In turn, one of the leaders of the Kurdish Democratic Union Party, Ewwas Eli, in an interview with Sputnik said, “Based on the information we have received, which has not yet been officially confirmed, the US intends to deploy a number of Arab states to the north of Syria as part of the development of a further foreign policy strategy in the region.”

He went on to say that “The goal of the US is to prevent increased pressure on itself in the region from Turkey, and to strengthen its Syrian policy by attracting the Arab states to its side.”

Eli stressed that the leadership of his party has not yet made an official statement regarding the deployment of Arab military forces in the north of the country.

The situation in Syria escalated last month, in wake of an alleged chemical attack in the city of Douma on April 7.

The incident was used to justify airstrikes against Syria, performed by the US-led coalition, despite Damascus having strongly denied the allegations, adding that the use of chemical weapons in the capital's suburb could have been planned by terrorist groups.

Moscow later found "victims" of the claimed attack, who told reporters that they had been forced to participate in the filming.