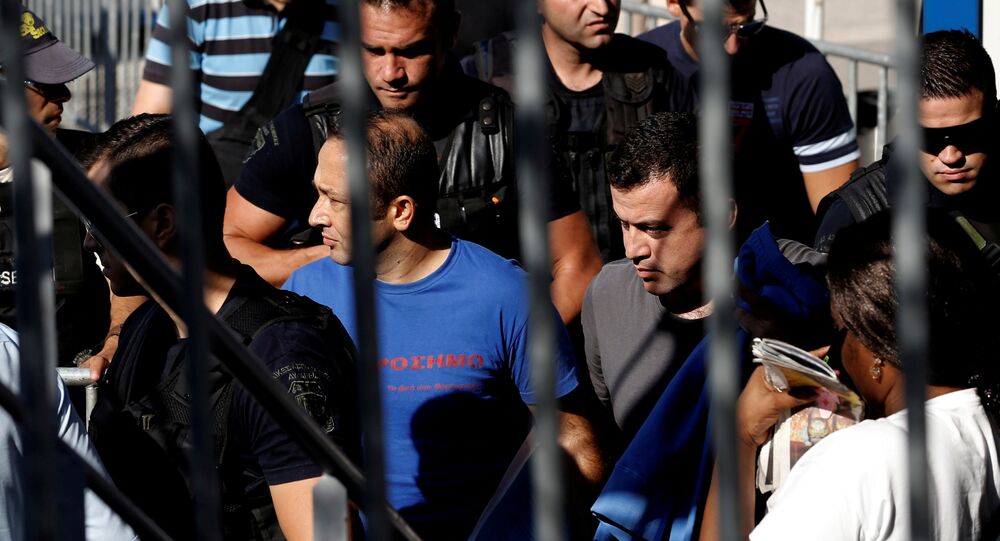 MOSCOW (Sputnik) - Turkish prosecutors issued arrest warrants for 70 members of the country’s armed forces on suspicion of their alleged links to the movement of Islamic cleric Fethullah Gulen, which Ankara refers to as the Fethullah Terrorist Organization (FETO), the Anadolu news agency reported Thursday.

All the warrants were issued in the central Anatolian province of Konya, the Anadolu news agency reported, citing judicial sources.

The Konya police launched operations in 34 provinces of Turkey to find the suspects, according to the agency.

© AP Photo / Hussein Malla
Turkey Issues Arrest Warrants for 58 People Allegedly Linked to Gulen – Reports
Ankara accuses the Gulen movement of masterminding the July 2016 failed coup attempt and has arrested thousands of military personnel, activists, officials and journalists over suspected links to the group. Gulen, who has been residing in the United States since 1999, refuted the allegations on numerous occasions.

After the coup attempt, which saw over 240 people killed and an estimated 2,000 wounded, Ankara sent documents to Washington to support its demands for Gulen's extradition.

Miss Turkey Stripped of Her Crown Over Tweet About Coup Attempt