The Russian foreign minister has commented on the situation around the de-escalation zone in Syria's Eastern Ghouta, the training of militants in the areas near the town of al-Tanf as well as Israel with its IAEA data on Iran’s continuing nuclear program.

Russia is calling on Israel to immediately provide information on Iran continuing its nuclear program to the International Atomic Energy Agency if it has any, Russian Foreign Minister Sergey Lavrov said.

"If Israel or anyone else received documents which allegedly prove Iran still having plans to develop nuclear weapons, then these documents should be given to the IAEA, which is responsible for implementation of the Joint Comprehensive Plan of action [on Iranian nuclear program] immediately," Lavrov noted.

Israel’s evidence of Iran continuing its nuclear weapons program is probably related to an earlier period already taken into account by the IAEA, according to Lavrov.

"Experts who participated in the preparation of the Joint Comprehensive Action Plan and whose comments I heard show that these documents, refer to past activities that have already been taken into account by the IAEA inspection," he said. 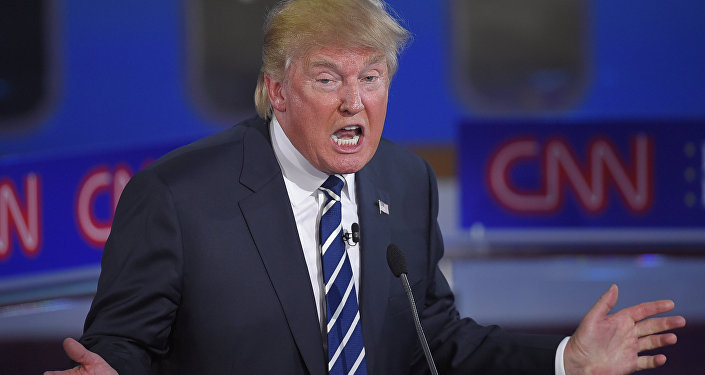 © AP Photo / Mark J. Terrill
Trump Says He Would Not Rule Out Negotiating New Iran Deal
Israeli Prime Minister Benjamin Netanyahu during an internationally-televised address on April 30, said that Israeli intelligence had 100,000 files proving that Iran continued to sustain a secret nuclear program despite signing the JCPOA. The White House a day later said it backed Netanyahu's assertions while US President Donald Trump is expected to announce its decision on the agreement before May 12 deadline.

"And if the US, as President Donald Trump has repeatedly stated, will announce withdrawal from this agreement, then, of course, all of us, the international community, will lose one of the most important tools contributing to ensuring the non-proliferation regime for weapons of mass destruction", Sergei Lavrov said.

Donald Trump has called the situation around the Iran nuclear deal "unacceptable" in the light of Israeli Prime Minister Benjamin Netanyahu's statements. 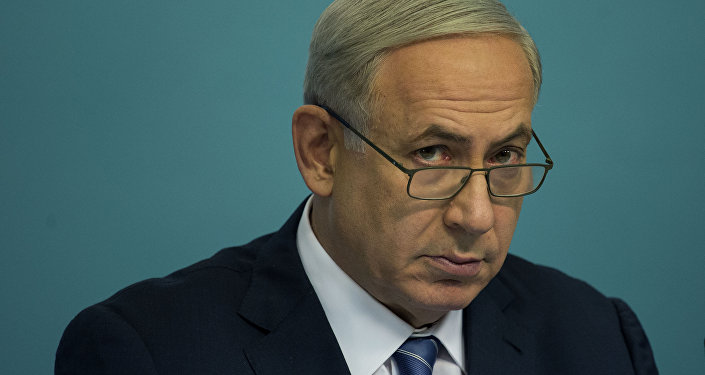 © AP Photo / Tsafrir Abayov
‘Either a Liar or an Idiot’: Netanyahu’s Iran Claims Insult Integrity of IAEA Inspectors
The US and some EU countries are reportedly seeking to sabotage the adoption of a Russian-Chinese draft statement in support of the Iran nuclear deal, formally known as the JCPOA.

In 2015, the European Union and the P5+1 group of countries — China, Germany, France, Russia, the UK and the US — signed the JCPOA with Iran. The accord specified a gradual lifting of anti-Iranian sanctions in exchange for Tehran restraining its nuclear program and allowing inspections to ensure that the nature of the program is peaceful.

US Training Militants in Al-Tanf Military Base

"And in this area, where Americans have unilaterally declared their territory around the al-Tanf and the Rookban refugee camps, very strange things are happening, including the training of militants, which is being conducted in order for them to continue fighting despite the ceasefire agreements fire," Sergei Lavrov said at a press conference with Jordanian Foreign Minister Ayman Safadi. 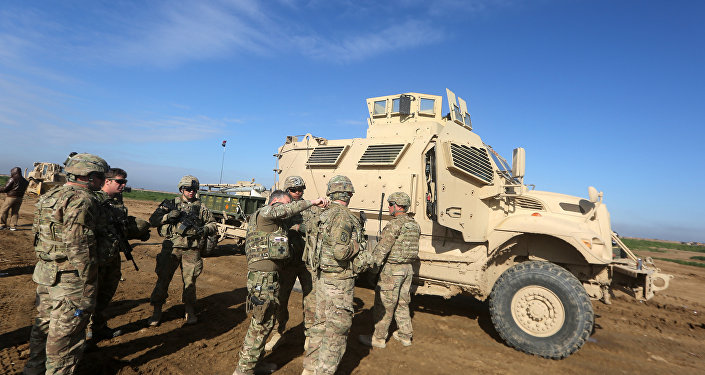 © AFP 2019 / AHMAD AL-RUBAYE
Moscow: US Deploying Hardware to Al-Tanf, Boosting Military Presence in Syria
There is one US military base in Syria in the al-Tanf garrison, where training and equipment of armed Syrian opposition forces are conducted.

The Rookban refugee camp is located in the "security zone" next to the US military base al-Tanf, illegally deployed in April 2017 under the pretext of fighting terrorists.

Since 2016, the US has been training Free Syrian Army militants at its military base in al-Tanf, however, it has drawn criticism from Damascus and Moscow, with the latter asserting concerns that Washington was "spewing Daesh mobile groups who make inroads to launch subversive terrorist operations against Syrian troops and civilians."

The issue of the elimination of terrorists in the de-escalation zone of Eastern Ghouta has largely been resolved, Sergei Lavrov said.

De-escalation zones were created on a temporary basis, grounded on the fact that after the tasks assigned to these zones are resolved and when it will be possible to return to peaceful life, they will cease to exist, according to him.

"At the same time, the de-escalation regime, of course, does not extend to terrorists, which, according to the decisions of the UN Security Council, must be destroyed and eliminated. In Eastern Ghouta, this problem was largely resolved, since those groups that either consolidated with Jabhat al-Nusra* and other terrorist groups, or themselves violated the cease-fire regime, were either liquidated or withdrawn from there. Thus, the Syrian government has restored its control over Eastern Ghouta, and the de-escalation mission has been accomplished in this part of Syria," he stated.

Syria has been in a state of civil war since 2011. Numerous opposition factions and terrorist groups like Daesh* have been attempting to topple the government of President Bashar al-Assad and establish control.