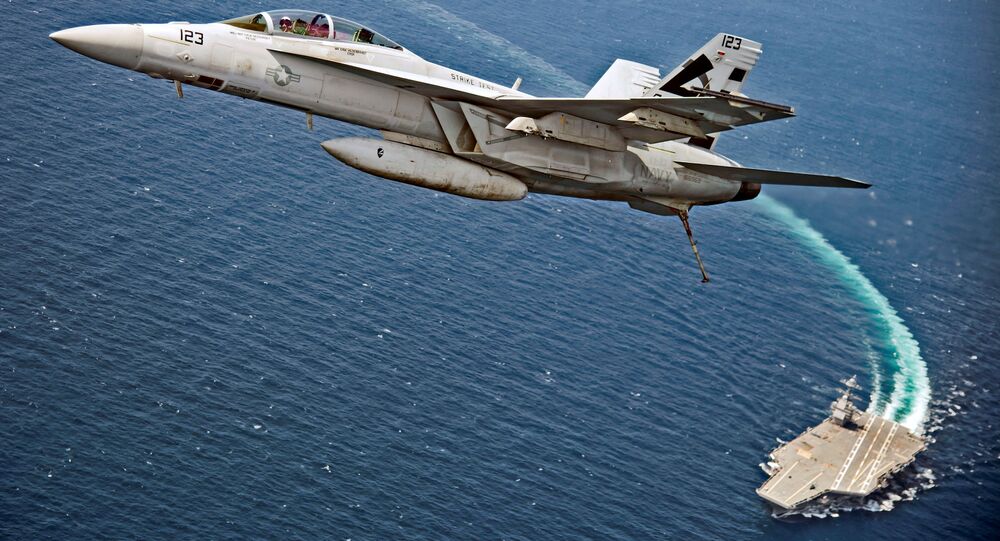 According to local sources, the US warplanes targeted civilian homes in the village of al-Fadel, killing more than two dozen women and children and wounding many others.

Syria’s news agency SANA reported, citing local sources that 25 people were killed in the US-led airstrikes on al-Fadel village near the town of al-Shaddadi in the southern province of Hasakah.

© AFP 2021 / RABIH MOGHRABI
More US, French Convoys Deployed to Northern Syria – Reports
Since September 2014, the US-led coalition has been conducting aerial attacks against what it describes as Daesh* targets in Syria without a UN mandate or Damascus’ authorization. The Syrian government has repeatedly accused the military alliance of an illegal presence in the war-ravaged country, with the Ministry of Foreign Affairs stating that the coalition was targeting and killing civilians, protecting terrorists instead.

According to reports by a non-partisan monitoring group Airwars, from 6,136 up to 9,315 civilians have died as a result of coalition strikes since 2014, while the US-led military alliance said that between 2014 and January 2018 its strikes killed “at least 841 civilians.”

The so-called Syria Observatory for Human Rights, based in London, reported in November 2017 that 2,579 civilians, including 644 children and 470 women, were the victims of US-led airstrikes in Syria over the past 38 months.