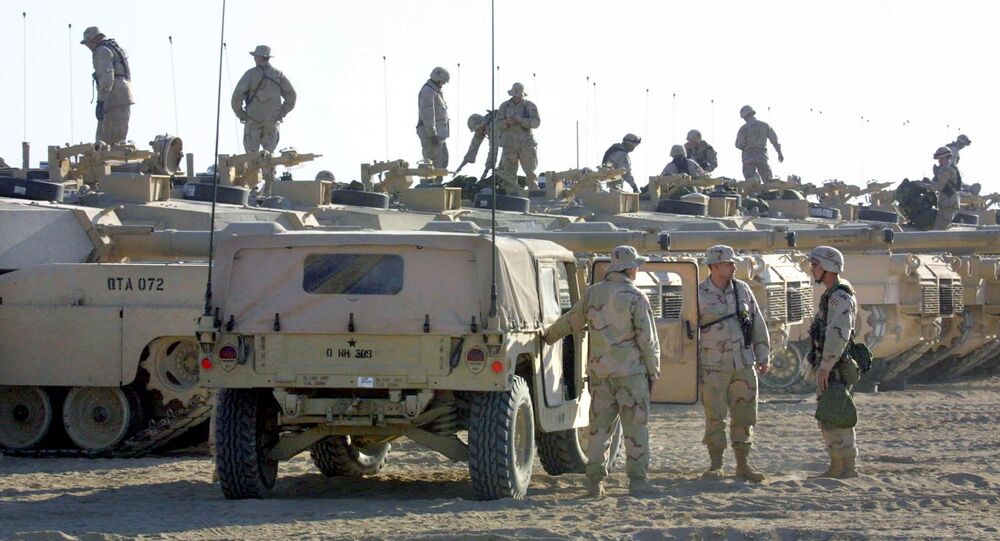 Last week, the Lebanese Al-Manar TV network reported, citing sources on the ground that the United States and France had sent military vehicles to Al-Hasakah province in northeastern Syria.

According to the Orient news website, Washington and Paris have dispatched more military columns near Sajour River, northwest of the town of Manbij. At the same time, the Kurdish militias have reportedly started establishing checkpoints inside and outside of Manbij, with sources saying they were put on alert.

© AFP 2021 / AHMAD AL-RUBAYE
More US, French Military Vehicles Dispatched to Northeastern Syria – Reports
Meanwhile, local sources in the town of al-Bab claimed that the American and French forces have been deployed to an area between the Kurdish positions and the territories held by the Turkish-backed Euphrates Shield forces.

Earlier this week, the Fars News Agency reported, citing local sources that a military convoy, comprised of 10 Humvees, "three trucks carrying short-range missiles," and "two vehicles equipped with advanced radar and communication systems," had departed from a US military base in the city of Kobani to Manbij.

The latest news joins a series of reports on the US’ alleged establishment of new military bases in Al-Hasakah, as well as in eastern Deir ez-Zor last month, and France’s purported deployment of military convoys to support Kurdish militias; a move that would prove claims by a senior Kurdish official that President Emmanuel Macron had promised to send more forces to the region to “mediate” between the Kurds and Ankara.

The alleged dispatching of military columns comes slightly over a month after US President Donald Trump promised that the American forces would be leaving Syria “very soon” and “let the other people take care of it” instead. His remarks are at odds with earlier comments made by high-ranking officials at the Pentagon and State Department, claiming that US troops would maintain an open-ended presence in Syria.

Since 2014, the US-led coalition has been carrying out airstrikes on what it described as Daesh* targets in Syria, without a UN mandate or the Syrian government’s authorization. Damascus has consistently slammed the American military presence in the country as “illegal.”