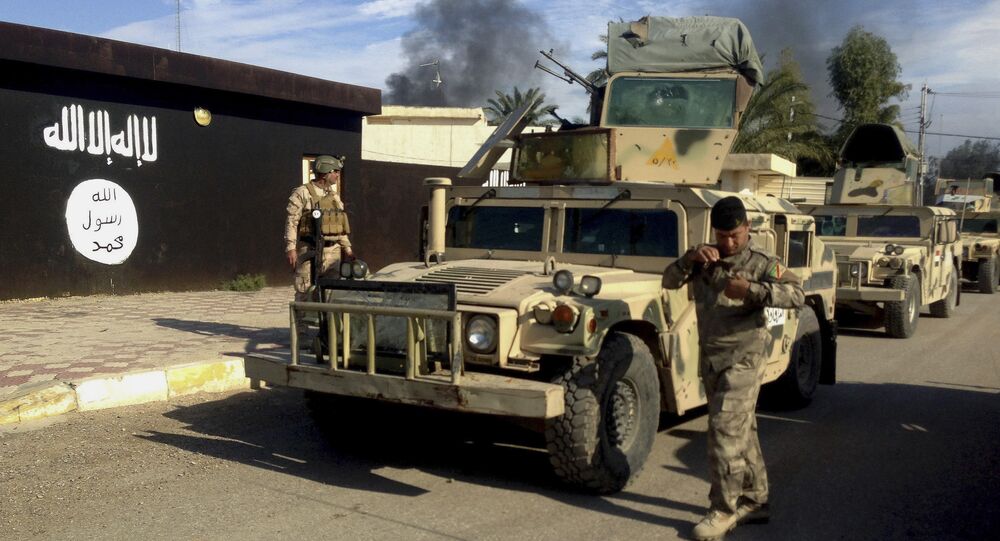 MOSCOW (Sputnik) - A roadside bomb explosion has taken place in the eastern Iraqi province of Diyala leaving a police officer killed and two others injured, according to media reports.

The device went off during a routine patrol northeast of the Baqubah city in the Diyala province, the Anadolu news agency reported citing police officials.

"Two explosive charges went off sequentially while a police vehicle was passing by al-Mokhisa village on the outskirts of Abu Saida district in Diyala," Awwad al-Rabei, the head of Abu Saida's security committee said.

The situation in the Diyala province escalated in recent weeks with a number of attacks on security forces and civilians taking place in the region. The escalation occurred amid the Iraqi government's attempts to stabilize the situation after clearing the country from the Daesh* terror group.