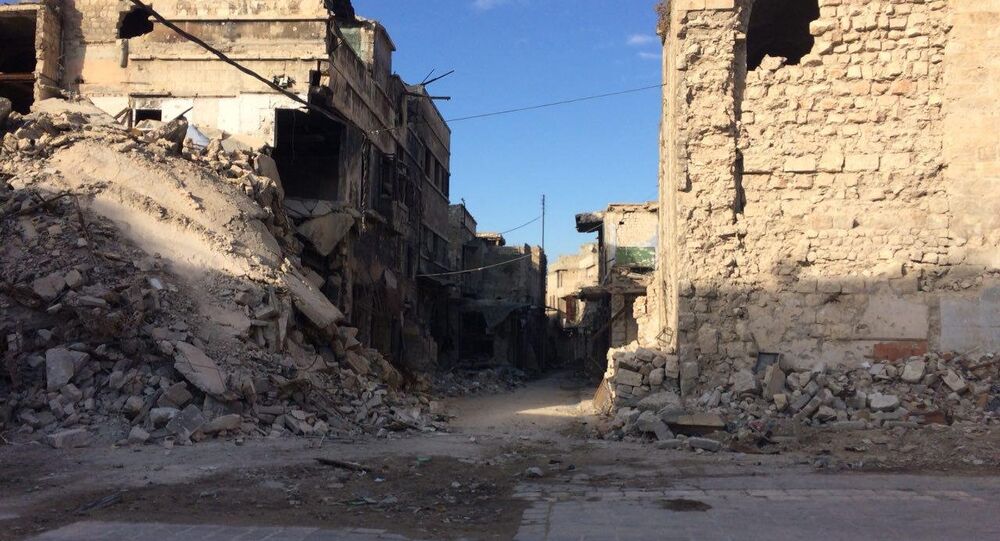 Haaretz has reported that a spate of alleged missile attacks on Syrian military bases in the Hama and Aleppo provinces might be staged by Israeli forces.

Speaking to Sputnik, a spokeswoman for the Israeli Defense Forces has declined to comment on missile strikes against several Syrian government military bases in Aleppo and Hama that the Syrian Arab News Agency (SANA) reported took place on Saturday evening.

Earlier, SANA, Syria's state-run news agency reported that explosions had been heard near the cities of Hamas and Aleppo.

According to other media outlets, a missile strike, conducted at approximately 19:30 GMT, targeted Syrian army installations in the area.

Note: We are monitoring reports of strikes near Hama & Aleppo in Syria. pic.twitter.com/uirfD24yCl

Reuters in turn quoted Hama locals as saying that the attacked bases were being used by Iranian-backed forces.

Israel might be responsible for the attack, according to a report published by Haaretz. The newspaper cited Israeli Defense Minister Avigdor Lieberman as saying that Tel Aviv would continue to declare that it had freedom to operate in Syria.

Israel warned at the time that it could hit Iranian bases in war-torn Syria, should tensions with Tehran escalate, according to the Jerusalem Post.

On April 14, the US, the UK and France launched missile strikes on Syria's civil and military targets over the alleged chemical weapons attack in the Damascus suburb of Douma. The Russian Defense Ministry said that they have enough proof that the attack was a provocation aimed to prod the US to stage a missile attack on Syria.

Rebuilding Aleppo is a Topmost Priority – Syrian Minister of Tourism