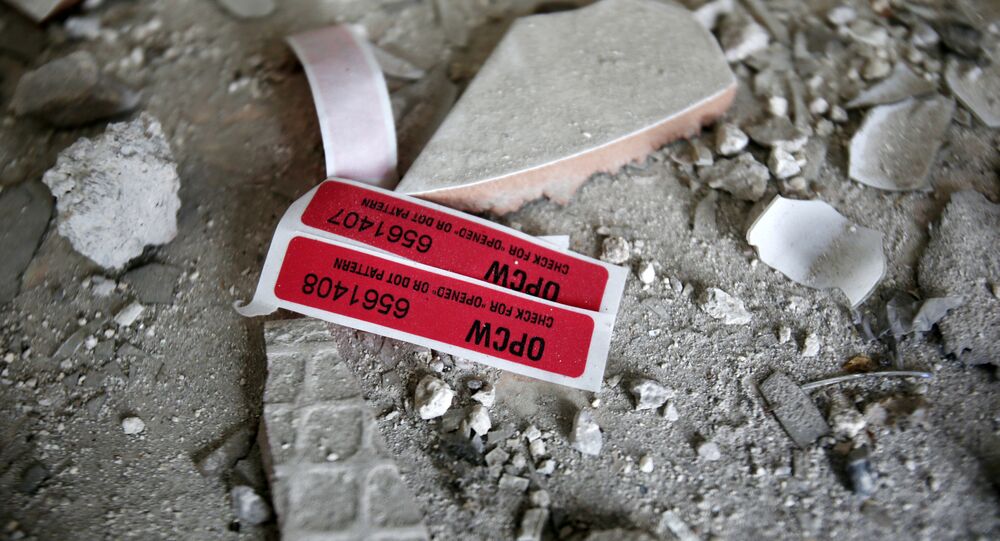 White Helmets, an NGO with ties to Syrian terrorists, reported in early April an alleged chemical attack in Douma, which they claim was performed by the Syrian government, which has rejected the accusations.

The Syrian SANA news agency has published an interview with Bara Badran, a Syrian doctor who worked at the ER Department in Douma Hospital (also known as Medical Point 1) on April 7, when the alleged chemical attack took place.

According to him, as a result of an aerial operation against terrorist groups in Douma, several fires broke out in the nearby areas with clouds of dust and smoke rising up. Several people went to the medical facility for help, suffering from respiratory problems due to smoke and dust inhalation. This is when the White Helmets' "film crew" appeared, he said.

"As the patients were being treated, a number of strangers stormed into the hospital and began shouting "chemical attack," causing panic throughout the hospital. The strangers then watered everyone, setting off a melee and commotion, all the while trying to whip up a frenzy," Badran said.

He added that there were no cases of chemical poisoning during the seven years that he spent in the ER.

Early in April the White Helmets, a Western-backed NGO caught with ties to Syrian jihadists, reported that chemical weapons were allegedly used against civilians by Syrian government forces in Douma. Damascus has rejected the allegations, reminding that it has destroyed its chemical arsenal under the OPCW charter. Russia sent its chemical weapons specialists to the site of the alleged attack but found no traces of their use. Damascus and Moscow have invited OPCW mission to investigate the alleged incident.

However, prior to the arrival of the OPCW mission to Syria, the US, UK and France, without mandate from the UN, conducted a massive missile strike against Syria, claiming that it was in retaliation for the chemical attack, targeted alleged chemical weapon production facilities. Syria and Russia have slammed the strikes, claiming that their only purpose was to support retreating terrorist forces. According to the Russian Ministry of Defense, the OPCW mission has studied the objects that were targeted by the three states, but has not found any traces of chemical weapons there.

Syrian Opposition Member: No Way to Determine Who Carried Out Douma Gas Attack