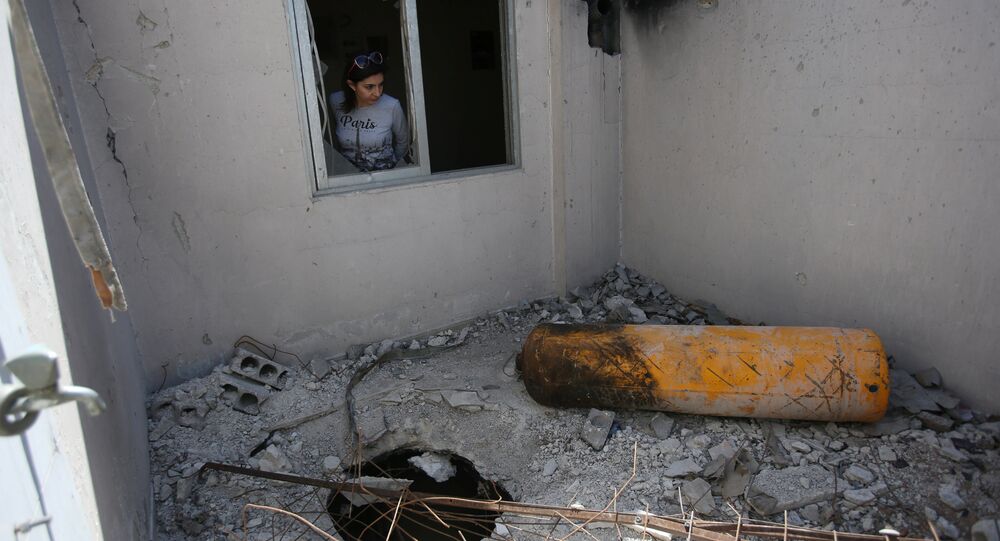 MOSCOW (Sputnik) - The Organisation for the Prohibition of Chemical Weapons said Wednesday that its fact-finding mission had visited a second site in Douma, Syria, following allegations of chemical weapons use in the region.

"Today, the FFM team carried out a visit to a second location in Douma. It also collected samples at this site. These samples will be brought back, together with other samples, to the OPCW laboratory in Rijswik," the statement read.

The statement comes after earlier in the day Chief of the Main Operational Directorate of the Russian General Staff Col. Gen. Sergey Rudskoy announced that the OPCW had confirmed that there were no chemical weapons found at the Barzeh research center in Damascus despite the US officials' claims.

Earlier this month, reports have emerged about an alleged chemical weapons attack in Syria, published by an online Syrian opposition news portals on April 7, claiming that a chemical attack took place in Syria in the city of Douma near Damascus.

Reacting to the reports, the United States and the European Union said the Syrian government of President Bashar Assad was behind the attack.

The Russian Reconciliation Center for Syria representatives inspected the location of the alleged attack and questioned local doctors, who said that they had not received individuals with symptoms of any chemical poisoning.

However, despite the lack of evidence, the US, alongside France and the UK, launched a massive missile attack against Syria on April 14 in response to the alleged chemical attack, the same day the OPCW mission was set to visit the sites.