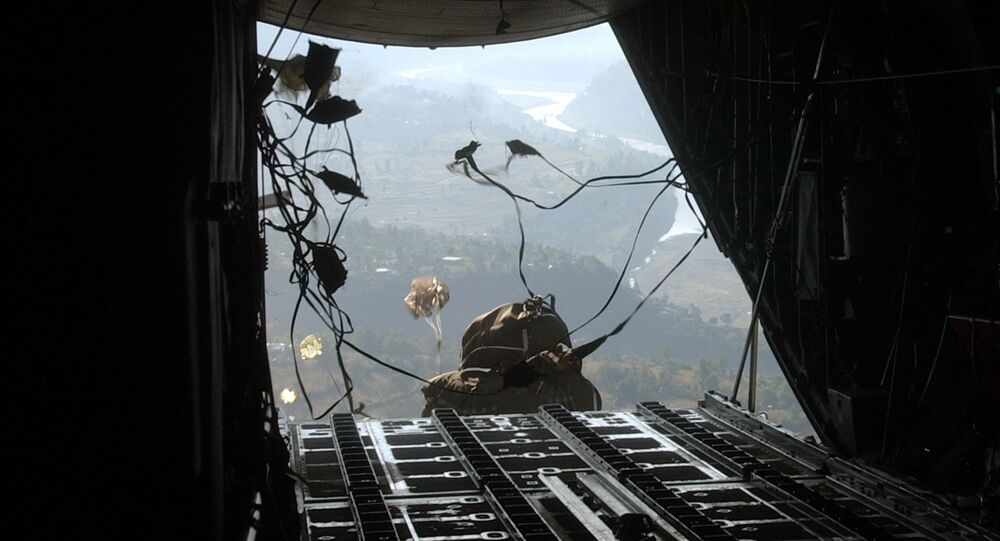 From the beginning of the Syrian crisis in 2011, the UN World Food Program has launched a campaign to provide emergency food assistance to millions of conflict-affected Syrians.

The UN World Food Program has lost some two percent of the humanitarian aid, dropped from the airplanes in Syria’s Deir ez-Zor, due to faulty parachutes, provided by the US, WFP’s Director in Syria, Jacob Kern, revealed.

“Daily air supplies were carried out from Jordan; about 26 pallets were dropped from a 5-kilometer altitude at a spot that was the size of some 3-4 football fields. On average, we have lost some two percent of the entire number of goods; we dropped 8,000 pallets, each of them contained 600 kg of food. We lost around 200 kg because the parachutes failed,” Kern told Sputnik.

The man in charge of the UN WFP in the war-torn country went on to say that the flights were carried out by the Russian airlines “Abakan,” while the British meteorological service prepared weather forecasts, a Canadian company packed the food, and the US provided the parachutes.

According to him, the humanitarian operation in Deir ez-Zor can be deemed successful regardless of the cargo’s loss and despite the fact that the campaign turned out to have a hefty price tag.

“You should keep calm in regards to such things and take into consideration that the parachutes can fail, or the cargo can be blown away from the dropping point by the wind together with the parachute. We lose goods even if it is ground delivery, so two percent, on the whole, is an absolute success,” he told Sputnik.