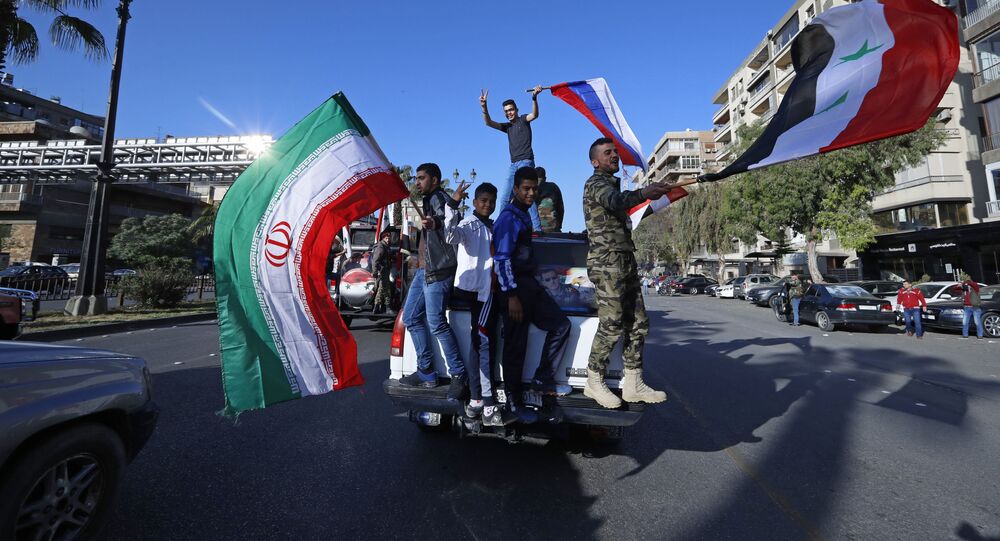 Russian Defense Minister Sergei Shoigu said Tuesday that Washington was not ready for partnership on an equitable basis even with its own traditional allies.

According to the Russian senior defense official, the United States demonstrates readiness to use all means, including military ones, in a bid to retain the role of a hegemon in international relations by pushing the world toward a new arms race.

“Today, we are witnessing the transformation of international relations, their transition to a multipolar system, which is characterized by the redistribution of spheres of influence and stiffer competition for regional and global leadership. In these conditions, the United States wishes to preserve the role of a hegemon in international relations, exercising all means, including military ones, and pushing countries [of the world] toward a new arms race,” Shoigu said during the meeting of the Shanghai Cooperation Organization’s (SCO) defense ministers.

According to the minister, the United States, “without embarrassment,” declares readiness to “correct” trends in world politics and economy, which it deems unfavorable through the use of military force.

“This is confirmed by new US doctrinal documents in the area of national security and defense, their striving to revise the most crucial international agreements, including UN decisions and basic WTO principles,” he noted.

Earlier in the year, Pentagon released a new nuclear weapons strategy, focusing on the advanced capabilities of several other countries, including Russia. Pentagon named China, Iran and North Korea as other potential threats.

All conditions have been created for the revival of a unified, integral state in Syria, Shoigu noted.

"Currently, all conditions have been created for the revival of Syria as a unified, integral state. But to achieve this goal, it is necessary that not only Russia makes efforts, but also other members of the world community make them," Shoigu said during the meeting of Shanghai Cooperation Organization’s (SCO) defense ministers.

"We count on the support of the SCO member states," he added.

At the same time, Shoigu pointed out that the main goal of the US-led coalition in Syria was not to defeat Daesh* but to strengthen its military and economic presence in the region.

"They [US and allies] use the forces of international terrorism and extremism for their own purposes. Iraq and Syria are good examples. For a long time, the US-led powerful coalition group of more than 30 militarily advanced states could not cope with the militants, and territories controlled by IS were only expanding. Apparently, the goal was different — to erode the situation in the region, to consolidate its military and economic presence in it," Shoigu said at the meeting.

The statement of the Russian senior official comes less than a month after US President Donald Trump made a surprising remark on withdrawing from Syria, appearing to contradict previous comments by his administration, including senior Pentagon and State Department officials, saying that American troops would maintain an open-ended presence in Syria.

Since 2014 Washington has been leading a coalition of allies fighting against Daesh without either a UN mandate or the Syrian government’s authorization, with the latter consistently calling the US military presence in the country “illegal.”

On Alleged Chemical Attack in Douma

At the same time, Shoigu has reiterated that the events around the alleged chemical attack in the Syrian city of Douma are of a clearly staged and provocative nature, nevertheless, they were used by the Western countries to justify their unlawful missile attack on Syria.

"Terrorists should not get access to weapons of mass destruction. Often, this factor is used for provocative purposes – to sow chaos among the population and foist false perception of the conflict on the international community. The latest example is the clearly staged nature of the alleged chemical attack in the Syrian city of Douma," Shoigu said at a meeting of the defense ministers of the Shanghai Cooperation Organization (SCO).

Shoigu recalled that the Western countries provided a swift military response to the alleged attack in breach of international law, without waiting for the results of the Organisation for the Prohibition of Chemical Weapons (OPCW) probe.

"Without waiting for the results of the investigation, the United States and its aligned countries of the United Kingdom and France, in breach of all international norms, carried out missile strikes on the territory of the sovereign state," he noted.

On April 14, the three Western powers carried out a missile attack on a number of targets in Syria in response to an alleged chemical weapons attack in Duma that reportedly took place on April 7. According to the Russian Defense Ministry, a total of 103 cruise missiles were launched by the United States and its allies, 71 of which were intercepted by Syria’s air defense systems.

The Syrian government has strongly denied the accusations and said that the Jaish al-Islam terror group staged the attack to justify potential foreign intervention in Syria.

The strikes came on the day when OPCW experts were due to arrive at the site of the alleged chemical incident.

"Another hot spot in the Middle East is Afghanistan. The situation there continues to deteriorate. The US and NATO presence in the Islamic republic for over 15 years has not normalized the situation there. In essence, they seek to gain a foothold in the country on any terms to boost their influence on states of the Central Asian region," Shoigu said.

"Washington's policy actually contributes to the boosting of terrorist activity in the north of Afghanistan," he said speaking in Beijing on Tuesday at a meeting of Shanghai Cooperation Organization (SCO) defense ministers.

He said the strengthening of Daesh positions in Afghanistan causes particular concern, with the number of militants reaching 4,500 people as of now.

© Photo : Youtube/PressTV Documentaries
Rise of Afghan Daesh Poses Serious Threat to India, China, Russia - Scholar
Afghanistan has long been suffering from political, social and security instability due to the activity of the Taliban* and the Daesh terrorist groups. The level of violence in the country seems to be increasing, with an uptick of both Taliban activity and the growth of a Daesh affiliate.

The past winter was one of the bloodiest in Afghanistan in recent years, though the season is typically a period of light fighting. The Taliban usually refrains from engaging in insurrectionary activity between October and the spring as poppy farming and opium production present a lucrative opportunity for the militants and that is their prime growing season.

*Taliban, Daesh [IS, ISIL, ISIS] — terrorist organizations banned in Russia and a number of other countries.