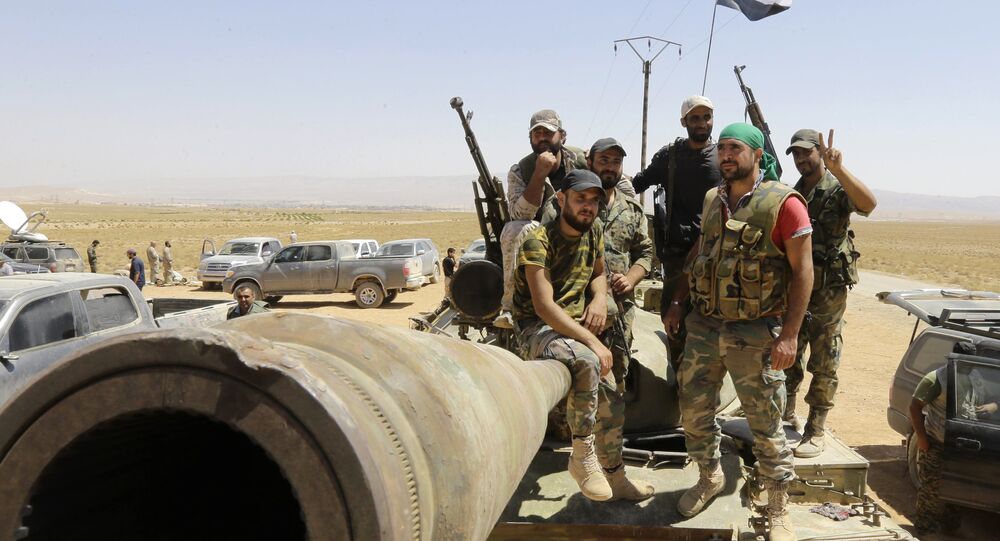 WATCH Syrian Militants Hand Over Missiles, Allegedly Made in US and Israel

According to an agreement reached between Damascus and the militants, they handed over dozens of armored vehicles, as well as small arms, anti-tank weapons and US and Israeli-made missiles.

The state-run Syrian Arab News Agency (SANA) has released footage showing militants handing over a large cache of arms, including missiles allegedly made in the United States, to the government in Eastern Qalamoun, northeast of Damascus.

This wasn't the first time the Syrian media released a video of weapons that were captured from terrorists, some of which were allegedly made in NATO states and Israel.

Most recently, the Russian Reconciliation Center for Syria reported that over 1,100 militants and their family members had left the Eastern Qalamoun district in the Syrian province of Damascus via the Ruheiba humanitarian corridor.

According to the Reconciliation Center's commander, during the evacuation, militants handed over nine weapons, 8,500 munitions, 212 hand grenades, and a suicide bomber belt.