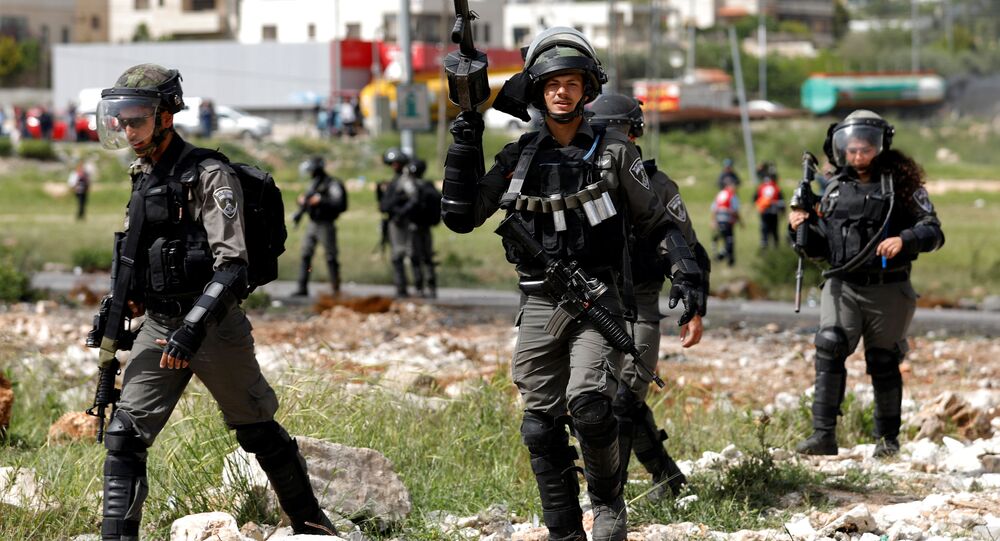 The IDF added that a Hamas printing house used to distribute "inciting materials" had been shut down during the operation.

© AP Photo / Adel Hana
More Violence, Hundreds of Palestinians Wounded At Gaza-Israel Border Protest
Tensions between Israeli and Palestinians have been escalating recently amid the so-called Great March of Return, which started on March 30. The demonstrations held along the border with the Gaza Strip are aimed at drawing attention to the problem of Palestinian refugees and their descendants, who were displaced after Israel announced its independence in 1948.

The rally is being suppressed by the Israeli side citing security concerns and provocations. Since the beginning of the march, dozens of Palestinians were reportedly killed and over 1,000 injured.