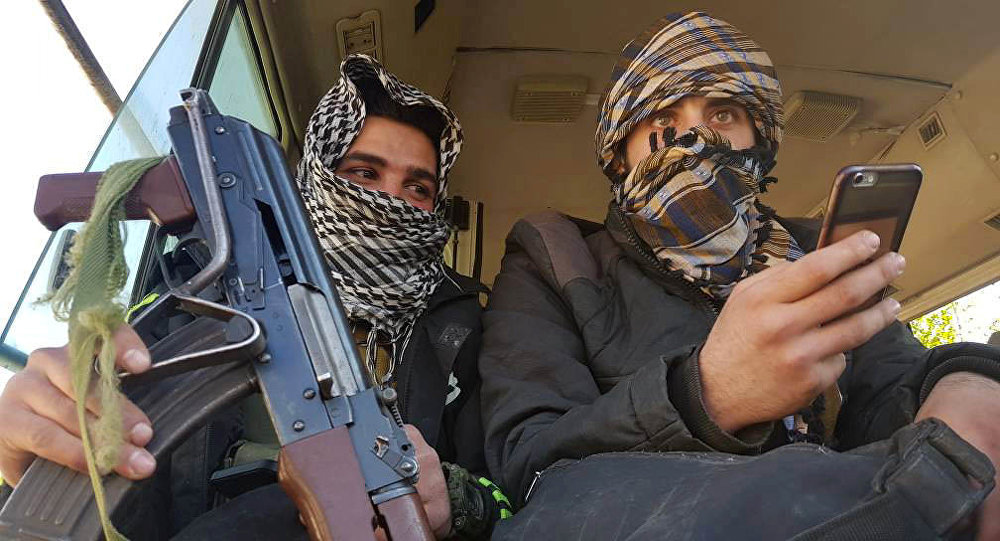 MOSCOW (Sputnik) - Extremists have handed over warehouses with large amount of ammunition, 30 armored vehicles and different types of weapons to the Syrian armed forces, Maj. Gen. Yuri Yevtushenko, the commander of the Russian reconciliation center for Syria, said on Saturday.

"The government troops have taken storages with large amount of munitions under control," he added.

Meanwhile, the militants and members of their families started to leave the area of Eastern Qalamoun in Syria's province of Damascus, according to Yevtushenko.

© Sputnik /
Syrian Army Discovers Ex-Militant Base and Weapons Cache Under Hospital in Douma
The Russian Defense Ministry's Center for Syrian Reconciliation also reported that sixteen residential buildings have been cleared from explosives in the Syrian city of Douma, located in the Damascus suburb of Eastern Ghouta, over the past 24 hours.

"Houses and infrastructure objects are being cleared from mines and explosive devices in Douma. Over the last 24 hours, 16 houses and their territories have been cleared. Twelve explosive devices have been defused," the center said in a daily briefing, published on the Russian Defense Ministry's website. Clearing the city from the rubble, and road maintenance works are underway in Douma, the center added.

Earlier, local media reported that the Syrian government forces on found large amounts of militants’ weapons in the city of Dumayr. The Syrian state TV reported that in the southern part of the city, the Syrian army has found stockpiles of ammunition with several US-produced TOW anti-tank missiles among the equipment.