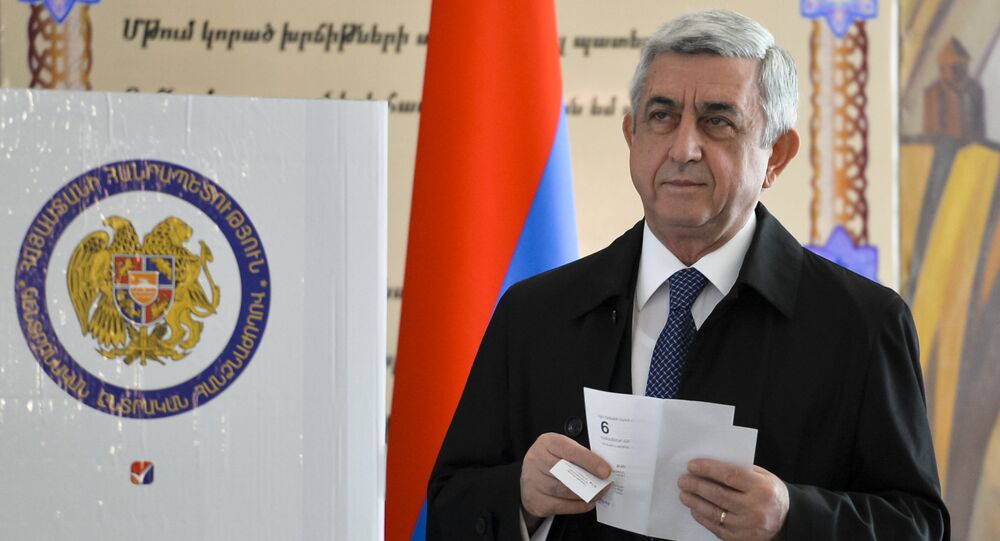 Since April 13, the Armenian capital has been hit by a series of protests against the appointment of ex-President Sargsyan as the country’s prime minister.

© Sputnik / Asatur Yesayants
Over 200 People Detained as Anti-Government Protests in Armenia Enter Eighth Day (PHOTO, VIDEO)
The protests turned violent on Monday and on the following the protesters announced the beginning of a "velvet revolution" in Armenia after Sargsyan was appointed as the head of the government.

"My meeting will be held tomorrow at 10:00 [6:00 GMT] at the Marriott hotel. The negotiations will be devoted to Sargsyan's resignation and the handover of power without any upheaval," Pashinyan said in a video address released on his Facebook page.

Earlier, Sargsyan stated that he had no desire to apply coercive measures to protesters. Pashinyan repeatedly called for the replacement of the authorities, without specifying how he saw the future governance of Armenia, though.