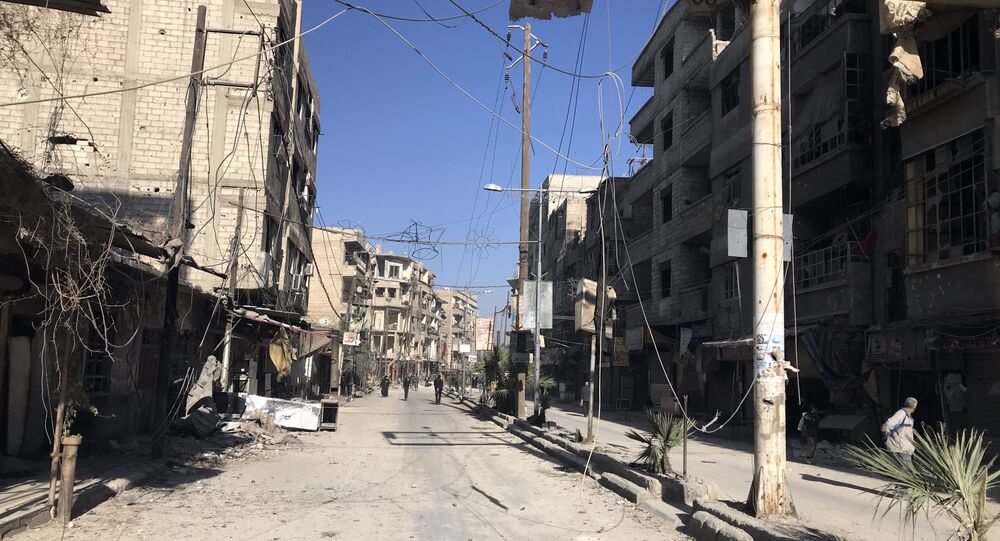 MOSCOW (Sputnik) - The Syrian government forces on Friday have found large amounts of militants’ weapons, including those produced in the United States, in the city of Dumayr, located north-east of the Syrian capital of Damascus, local media reported.

On Thursday, the Syrian state TV reported that militants from the Jaysh al-Islam armed group were surrendering their weapons and had started to leave the city with their family members.

Syria has been engulfed in a civil war since 2011, with government forces fighting numerous opposition factions and terrorist groups. On March 31, the command of the Syrian army said Damascus had liberated Eastern Ghouta which was previously under the control of Jaysh al-Islam militants.

Previously this month, local media reported that militants from the Jaysh al-Islam armed group and their family members have started to leave the city of Dumayr,