A correspondent for Russian media company has been killed in Syria, head of Russia's Chechen Republic head Ramsan Kadyrov reported.

A string correspondent for Russian Chechen Republic's media company "Grozny" has been killed in Syria, according to the Republic's head Ramsan Kadyrov who reported it in a social media post in Vkontakte. 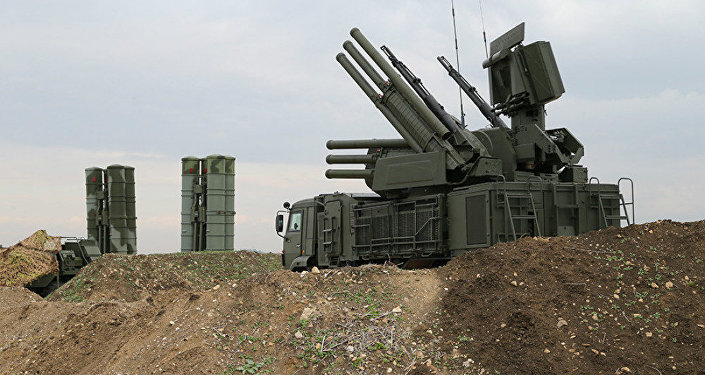 © Photo : Russian Defense Ministry
WATCH: Syrian Military Showcases Russian-Made Air Defense Systems
Syrian national Ihab Balan has been shot dead in Syria, Kadyrov said, expressing his condolences to the relatives of the correspondent as well as to the staff of the broadcaster.

The Chechen leader has also condemned in strongest terms the activity of Daesh* terror organization, saying that the terrorists "yet again revealed their true colours by killing a man of the most peaceful profession."

Previous year, Russian Defense Ministry reported that Russian television reporters of Russia's NTV and Zvezda broadcasters and five Russian servicemen have been injured in an explosion by a remotely detonated by terrorists bomb in a residential district of Deir ez-Zor.

*Islamic State terrorist organisation, also known as ISIS, ISIL or Daesh, is banned in Russia and many other countries.

War in Syria 'Is Not Over by a Long Shot,' Analyst Explains Why