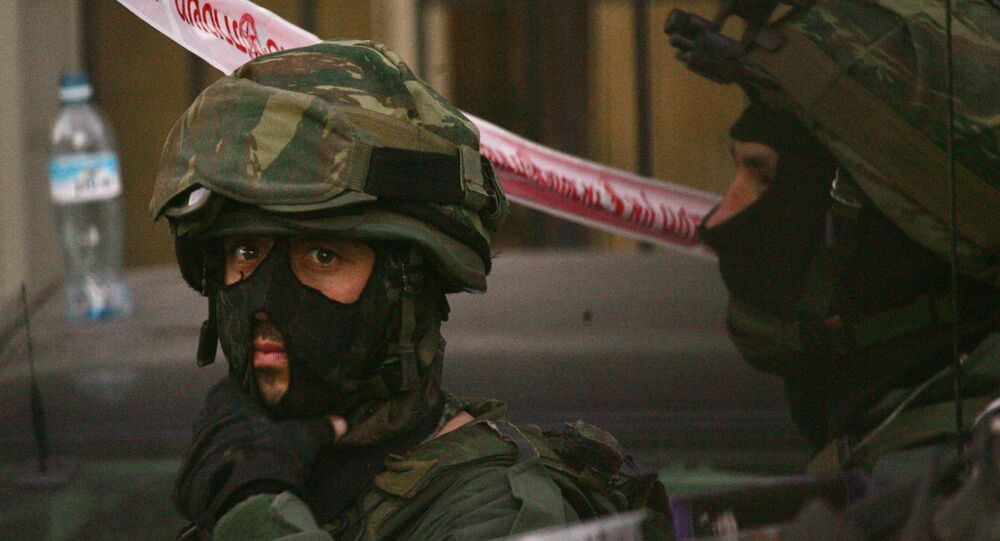 MOSCOW (Sputnik) - A Palestinian with a powerful explosive device in his truck was arrested by Israeli security personnel at a checkpoint in the northern part of the West Bank on Wednesday, marked as the Independence Day in Israel, The Times of Israel newspaper reported citing the Israeli Defense Ministry.

The truck, which was stopped at the Reihan crossing, reportedly carried various goods for Israeli settlements.

The news comes as the Israelis are celebrating the 70th anniversary of the founding of the state on Wednesday.

The tensions between Israel and Palestinians, who have been seeking diplomatic recognition for their independent state on the territories of the West Bank, including East Jerusalem, which are partially occupied by Israel, and the Gaza Strip, have further escalated after US President Donald Trump's decision to transfer the country's embassy from Tel Aviv to the Holy City. The move has been harshly condemned by many foreign states, including all of the Arab countries, while Hamas declared the third intifada, protesting the controversial decision.

© REUTERS / Hamad I Mohammed
Bernie Sanders: Saudi Crown Prince Should Stop Talking About Gaza and Do Something
Since then, the number of attacks carried out by Hamas has increased, with the Israeli Defense Forces conducting retaliation operations in the Gaza Strip.

Most recently, Israel has witnessed massive violent protests on the border with Gaza, which resulted in deaths and injuries of Palestinians as the IDF attempted to disperse the rallies, using force.