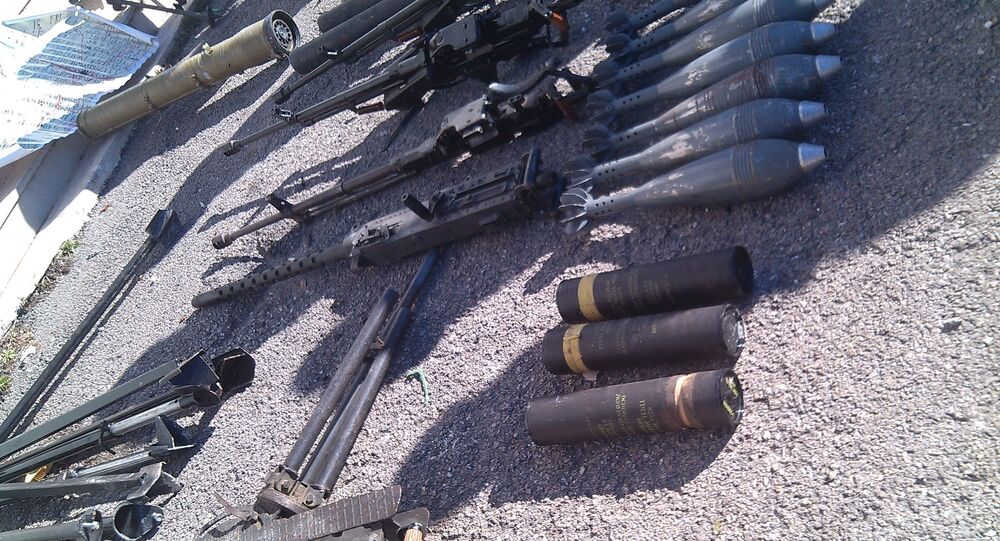 After days of negotiations, militants willingly left Douma through a special corridor, surrendering their weapons to the Syrian army - or at least that’s what everyone thought.

Syrian army bomb disposal squads have found ammo depots and production plants left by militants in Douma. Advanced and modern equipment, required for producing ammunition for mortars and missiles have been found in the basements of many houses. A Sputnik source in the Syrian military has revealed that while clearing buildings in the liberated Douma, several HQs and ammo depots, filled with armaments and corresponding ammunition have been found.

"This means that militants have violated a treaty struck with the army, that they would surrender their weapons in exchange for a free exit from Douma," the military source said.

He also added that some of the headquarters were booby-trapped, but noted that bomb squads had done their job and no one was hurt. The militants' HQs were equipped with modern radio and space communication means, the military source said.

All Conditions Created for OPCW to Work Normally in Douma, Russian Envoy Says