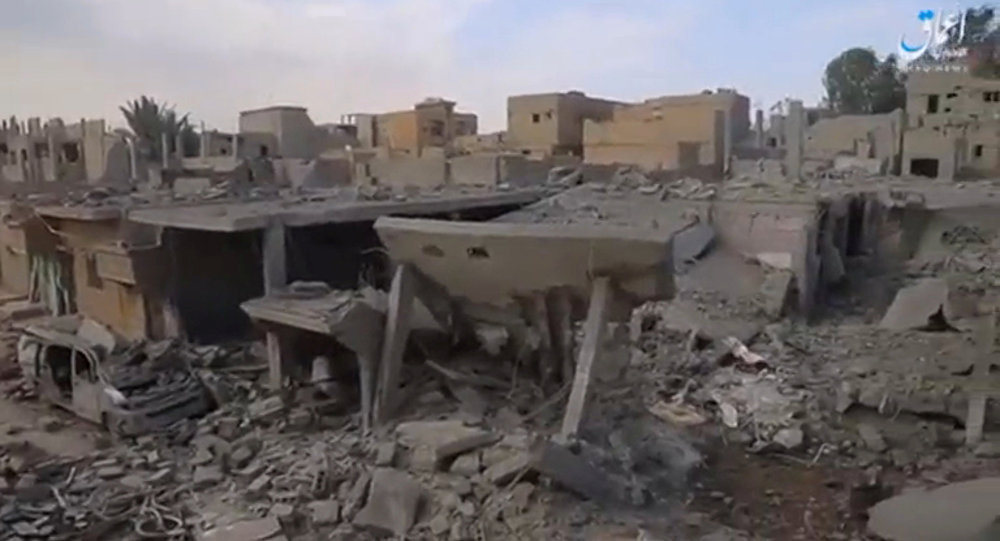 Abu Kamal, a city on the Euphrates River in the Deir ez-Zor governorate, considered to be one of the last strongholds held by Daesh in Syria, was completely liberated from militants by the Syrian army in November 2017.

Colonel Ryan Dillon, a Spokesman for Combined Joint Task Force, said on Monday that the US-led coalition observes an increase in the activities of Daesh terrorist group in the area of the Syrian city of Abu Kamal and ready to share data with the Russian military on the issue.

"To be able to prevent any kind of increased mishap, or miscalculation, you know, we have put in deconfliction measures so that does not happen. If we do see things, or ISIS* [Daesh] on the west side of the Euphrates River, we will tell the Russians and you know, we certainly hope that they will act on the information that we have provided," Dillon told reporters.

The coalition's information on Daesh activity and movements comes from both US intelligence and open source reports, Dillon added.

© REUTERS / Rodi Said
US Establishes New Military Base in Syria's Oil-Rich Deir ez-Zor - Reports
US and Russian military commanders set up deconfliction communication channels last year to avoid any mishaps between their forces as both sides recaptured territory from Daesh along opposite sides of the Euphrates River. As part of these efforts, US and Russian forces maintain three telephone lines of communication — one for ground troops, another for air forces, and a third for senior commanders.

The US-led coalition of more than 70 members is conducting military operations against Daesh in Syria and Iraq. The coalition's strikes in Iraq are conducted in cooperation with Iraqi officials, but those in Syria are not authorized by the government of President Bashar Assad or the United Nations Security Council.

*Daesh is a terrorist group banned in Russia

'We Don't Have Capacity to Do It by Ourselves' - US Gen. on Anti-Daesh Strategy