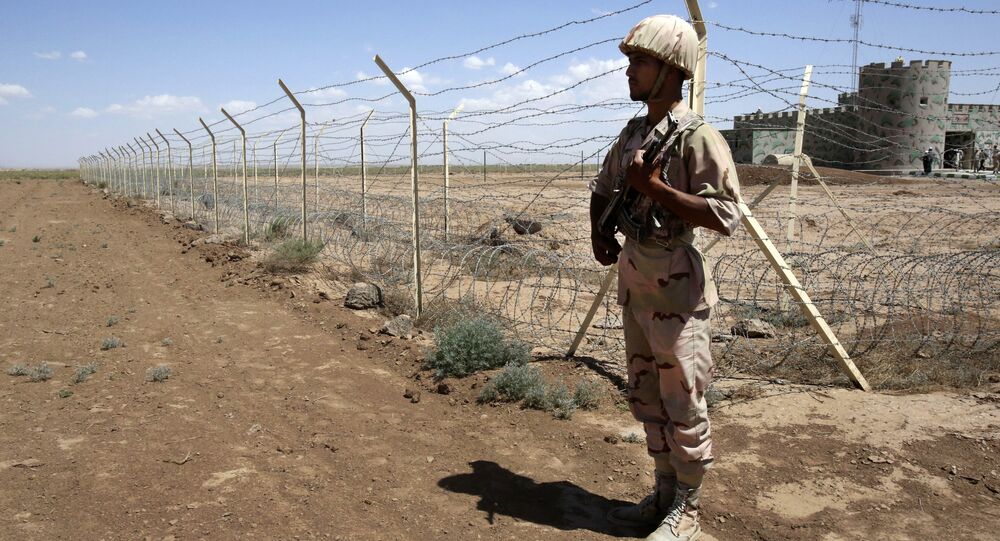 MOSCOW (Sputnik) - Four Iranian security forces troops were killed Tuesday in an attack on a border post in Iran's southeastern province of Sistan and Baluchestan, the Mehr agency reported.

The Mehr agency stated, citing the statement of Iran's Islamic Revolutionary Guard Corps (IRGC), that clashes between border guards and terrorists occurred after an ambush on a border post in Mirjaveh. The attack was repelled, and several terrorists were killed and injured.

Representatives of the IRGC occasionally clash with militants based in Sistan and Baluchestan who allegedly have links to al-Qaeda* terrorist organization.

Earlier, Iran's Islamic Revolutionary Guard Corps (IRGC) stated that it had repeatedly prevented attacks on the military checkpoints in the country's southeast and eliminated several terrorists.

At the end of last year, the IRGC, an official branch of Iran's Armed Forces, was annexed to the US anti-terrorism sanctions list for allegedly "providing support to a number of terrorist groups, including Hezbollah and Hamas, as well as to the Taliban*," according to the US Treasury Department. It also declared that the establishment "played a central role in Iran becoming the world's foremost state sponsor of terror."

Israeli Ex-Intel Head: There'll Be Peace With Iran if It Changes Attitude to Us