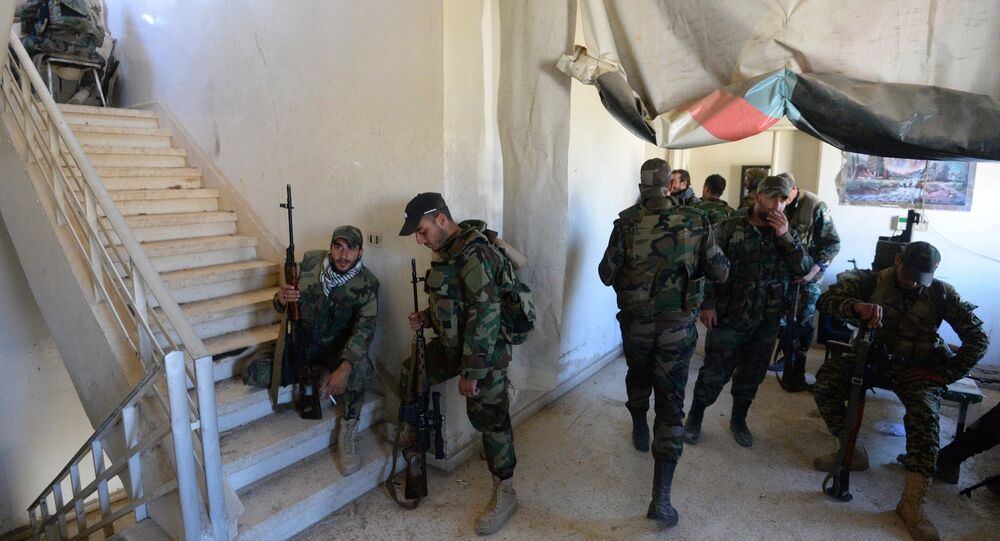 Militants and their allied propaganda groups, such as the infamous White Helmets, have repeatedly accused the Syrian Army of deliberately targeting hospitals. Damascus has denied these claims and no evidence has been provided to substantiate the militants’ accusations.

Troops from the Syrian Army discovered a massive militant base underneath the National Hospital in the recently liberated city of Douma in Damascus, according to emerging reports and circulating footage.

Militants from the Jaysh al-Islam (Army of Islam) terrorist group used the facility as a weapons cache and hiding place, potentially using patients in the above hospital as human shields to deter Syrian warplanes from attacking the base, or to trick them into unknowingly striking the hospital to draw in foreign military intervention.

#BREAKING — First footage of #Syrian rebel underground fortress, under the National Hospital in #Douma. #Syria's government forces are uncovering weapons caches, underground artillery and workshops in the hospital as well as a massive tunnel for multi-ton trucks. pic.twitter.com/K7z9If8NlN

© REUTERS / Bassam Khabieh
No Trace of Chemical Weapons at Alleged Attack Site in Douma - Russian MoD (VIDEO)
Government forces recently entered the city of Douma after regaining control over it from hardline Islamist militants in the East Ghouta region. Douma is where the alleged chemical attack took place earlier this month, prompting the US, the UK and France to strike targets in Syria, despite the Syrian government denying any involvement and no evidence implicating them.

The Syrian Army and allied ground forces regained control over the entirety of Eastern Ghouta after launching operation Damascus Steel several weeks ago.

The area’s liberation is a major boost to the security of the capital, as militants used the region as a launchpad to fire mortars and improvised explosives into government-held parts of the city, killing and injuring hundreds of civilians in recent months.

Demining operations are ongoing in Eastern Ghouta to remove explosives and traps left by the militants, but the combat phase of the operation has successfully been completed, and government forces are now preparing to liberate parts of southern Damascus, where the Daesh* terrorist group maintains a presence.