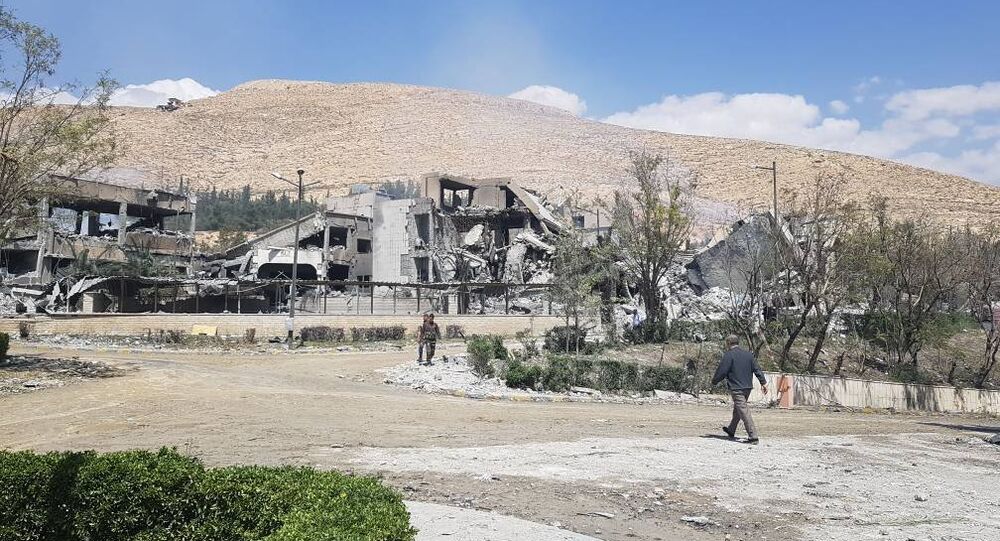 Syria was subject to a tripartite attack by the US, the UK and France on April 14, with the aggressors launching over 100 missiles at targets across the Arab state. The Syrian government has repeatedly denied using chemical weapons and described the strikes as a violation of the country’s sovereignty.

The leaders of three major Syrian churches condemned the attacks against Syrian Army bases and other facilities as “unjustified aggression” and a “clear violation of international law”, via a joint statement on April 15, according to Christian Today.

The statement said the church leaders “condemn and denounce the brutal aggression” and insisted the Syrian Army had no involvement in the alleged chemical attack in Douma earlier this month.

“[The Syrian Army’s alleged use of chemical weapons] is a claim that is unjustified and unsupported by sufficient and clear evidence,” the Patriachs said.

© REUTERS / Francois Guillot/Pool
Macron Roasted Over Remark on Sovereign Europe Two Days After US-Led Attack in Syria
Additionally, the leaders said that Syria had destroyed its stockpile of chemical weapons and is no longer producing such chemical agents, as per a deal Damascus agreed to in 2013 in Geneva.

They urged churches in France, the US and the UK to “fulfil their Christian duties” and condemn the “unjustified assault on a sovereign country.”

“It causes us great pain that this assault comes from powerful countries to which Syria did not cause any harm in any way. This brutal aggression destroys the chances for a peaceful political solution and leads to escalation and more complications. This unjust aggression encourages the terrorist organizations and gives momentum to continue in their terrorism,” the statement continues.

© Sputnik / Natalia Seliverstova
Syria Got Rid of Chemical Weapons, OPCW Confirmed Destruction - Russian Foreign Ministry
The attacks have also drawn widespread condemnation across the US, France and the UK. Many MPs and Brits opposed the strikes and criticized UK Prime Minister Theresa May’s decision to take part in the operation without first seeking parliamentary approval.

Moscow advised the Western countries to exercise restraint and wait for the Organisation for the Prohibition of Chemical Weapons (OPCW) to launch and complete its investigation into the suspected Douma chemical attack before taking any action.