MOSCOW (Sputnik) - Commenting earlier on a massive Western missile attack on Syria, which had been conducted in response to an alleged chemical attack in the city of Douma, Iran slammed the US, UK and France, calling the countries' heads "criminals."

Alaeddin Boroujerdi, the chairman of the Iranian parliament's foreign policy and national security commission, will arrive Tuesday in Syria to discuss the recent western attack on the country, a parliamentary source told Sputnik on Sunday.

Iran has strongly condemned the US-lead attack on Syria, with its Supreme Leader Ali Khamenei calling US President Donald Trump, French President Emmanuel Macron and UK Prime Minister Theresa May "criminals" and Iranian President Hassan Rouhani warning that the strike will lead to the destruction of the Middle Eastern countries. 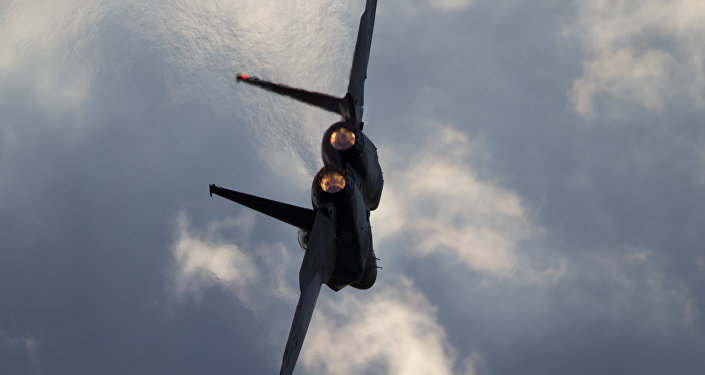 © AP Photo / Ariel Schalit
Four Iranians Reportedly Killed in Israeli Airstrike on Syria's Airbase
On early hours of Saturday, the United States, the United Kingdom and France launched missile strikes on a number of targets in Syria in response to the alleged chemical incident in the city of Douma. According to the Russian Defense Ministry, over 100 cruise and air-to-surface missiles were launched, most of which were shot down by Syrian air defense systems.

Russian President Vladimir Putin described the attacks as an "act of aggression against a sovereign state," which was performed despite the fact that neither Russian military experts nor local residents confirmed the fact of the chemical attack, which became the pretext for US-led strikes.