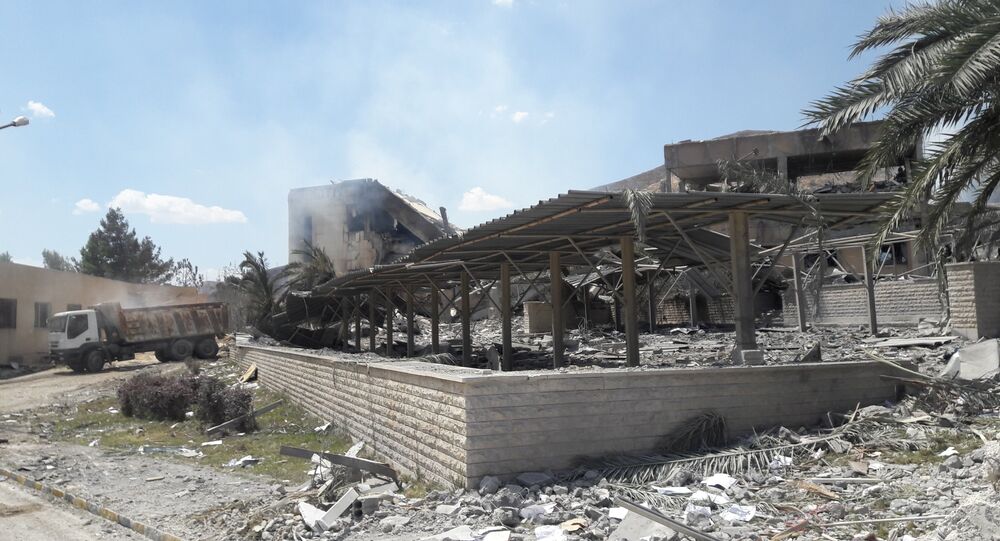 DAMASCUS (Sputnik) - The recent renewal of terrorists' activity to the south of Damascus and the resumption of shelling incidents targeting the outskirts of the Syrian capital is directly connected to the missile strikes carried out by France, the United Kingdom and the United States, Syrian lawmaker Maha Shbib said on Saturday.

Earlier in the day, the Russian Defense Ministry's Center for Syrian reconciliation said that militants had resumed mortar shelling of Damascus and its suburbs, which resulted in several casualties.

"There is no doubt that there is a link between the aggression of the West against Damascus and the resumption of terrorist activity in the south of the capital, as one of the goals of the aggression was to provide an opportunity for militants to take advantage of the moment of confusion that they [the West] had hoped for. Nothing like this happened. The Syrian army has been, and continue to be in full combat readiness, capable to stop any attempt by terrorists to resume activity. And, in spite of all that has happened, this aggression will only accelerate our complete victory over terrorist groups," Shbib told reporters.

© AFP 2020 / Karen BLEIER
Syria Must Declare All Chemical Weapons Stockpile to Continue Geneva Process - US State Department
On Friday night, the United States, France, and the United Kingdom launched strikes on a number of targets in Syria in response to the alleged chemical incident in the Damascus' suburb of Duma. The Western states have accused forces of President Bashar Assad of an attack with the use of chemicals in Duma. The Syrian leadership denied any involvement in the attack, and invited the experts from the Organisation for the Prohibition of Chemical Weapons to investigate into the reports.