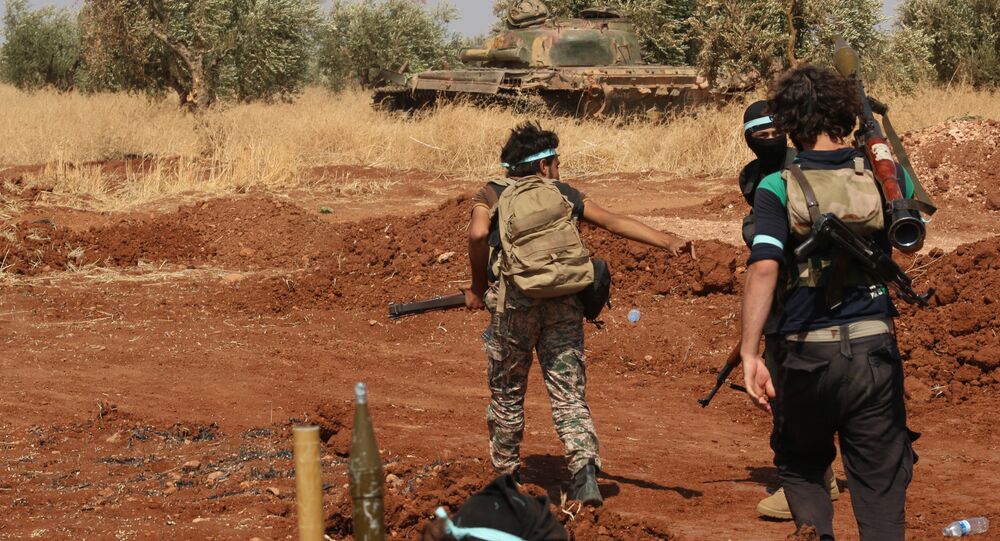 The Russian Defense Ministry has reported that a total of 170,152 people, including 63,117 militants and their relatives, had been evacuated from the Damascus suburb of Eastern Ghouta during a large-scale humanitarian operation in the area.

500 Jaysh al-Islam militants who were earlier evacuated from Eastern Ghouta, plan to go to Yemen, according to the pan-Arabic satellite television channel Al Mayadeen.

It cited its own source as saying that the terrorists first intend to illegally arrive in Saudi Arabia, from where they will try to enter Yemen.

On Friday, Russian Defense Ministry spokesman Igor Konashenkov told a news briefing that the Russian Reconciliation Center along with Syrian authorities  are wrapping up a large-scale humanitarian operation in the Damascus suburb of Eastern Ghouta.

The relocation of Jaysh al-Islam militants from Eastern Ghouta to the northern Syrian province of Aleppo began late last week, in line with a Russia-brokered deal to release the militants' prisoners.

The Syrian Army gained control of most of Eastern Ghouta on March 31, when it managed to lift the militants' blockade of a major highway between Damascus and the rest of the country.

The liberation came after Syrian troops launched their major offensive on Eastern Ghouta in February, in a bid to do away with the militants' occupation of the area, which had been in place since 2012.

Yemen has been embroiled into a violent conflict between the government headed by ex-President Abd Rabbuh Mansur Hadi and the Houthi Shia movement, also known as Ansar Allah, which is backed by army units loyal to former President Ali Abdullah Saleh, who was killed in 2017.