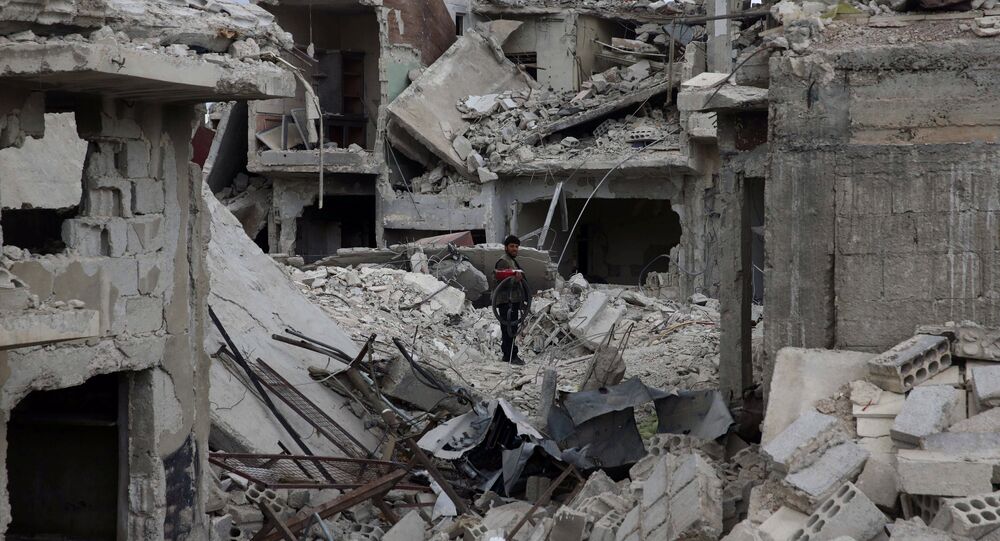 BEIJING (Sputnik) - The Chinese Foreign Ministry has urged all parties to the Syrian conflict to return to the norms of the international law and to resolve the issues through the dialogue, following strikes launched on the Syrian targets earlier on Saturday by the United States and its allies.

"China urges the relevant parties to return to the framework of international law and resolve the issue through dialogue and negotiation," the ministry spokesperson Hua Chunying said.

According to Beijing, any unilateral military actions that have not been agreed with the UN Security Council violate the principles of international law and further complicate the situation in Syria.

"China believes that regarding the suspected chemical weapons attack in Syria, a comprehensive, impartial and objective investigation should be carried out to reach a reliable conclusion that can stand the test of time. Yet before that, a prejudgment should not be made," the spokesperson said.

The overnight airstrikes were launched in response to reports of an alleged chemical weapons attack in the Syrian city of Douma, blamed on the Syrian government. Damascus has slammed the joint attack as a "brutal, barbaric aggression," explaining it "aims at hindering the OPCW [Organization for the Prohibition of Chemical Weapons].

In the wake of the US-led military actions, the international community has divided. Israel hailed the missile strikes as "justified," noting that Syria's "murderous actions" jeopardize the country's territory, forces and leadership. Turkey described the attack against the Syrian government as an "appropriate" response. Berlin, which ruled out the possibility of joining the military actions, welcomed the Western assault, calling it "necessary and appropriate."

The situation in Syria escalated seriously last weekend after several media outlets, citing Syrian militants, accused Damascus of using chemical weapons in Douma, Eastern Ghouta. The Syrian Foreign Ministry rejected the allegations, adding that the use of chemical weapons in the Damascus suburb had been planned by terrorists. The Russian Center for Syrian reconciliation refuted the reports about chemical weapons use in the area of Eastern Ghouta, stressing that local doctors had denied the fact of receiving patients with symptoms of exposure to toxic substances.